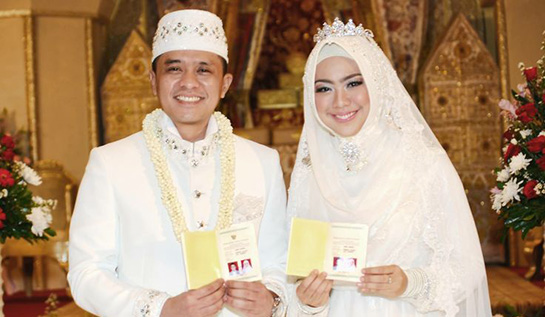 At a recent event, affiliated regional studies centers of the Frederick S. Pardee School of Global Studies at Boston University came together to present an event examining courtship and romantic love among Muslim youth in the Javanese population in Indonesia.

“The End of Dating? Romance and Courtship Among Muslim Javanese Youth” was held at the Pardee School on Dec. 7. Speaking was Nancy Smith-Hefner, Associate Chair of the BU Anthropology Department.

From the announcement of the event:

Romantic love is going global. Recent ethnographic studies of youth have identified a new emphasis on romantic love and companionate marriage, perceived as a dramatic break with the previous generations and associated with emerging ideals of agency and choice.

In the Muslim world, however, the religious resurgence is greatly complicating the romance story with some young people opting to forego dating for religiously-arranged matches. This talk looks at this new Islamic trend in Java, Indonesia, and examines the possibilities for romantic relationships in the context of a resurgent Islam.

“Javanese parents today want more achievement and more opportunity for their daughters, a trend which has seen the average age of women at their first marriage go up and more young women choosing their husbands,” Smith-Hefner said. “However, Indonesia is still considered a ‘universal marriage’ country, with 98 percent of women marrying by their 40s, and an Islamic resurgence has caused dating to be seen by many as modern and sinful.”

Navigating this terrain has led many Javanese Muslim youth to utilize religious matchmaking services, sometimes marrying in mass ceremonies without ever spending time alone with their future spouse.

“It might look from the outside as if Muslim Javanese women are surrendering autonomy just at the moment when they have more options,” Smith-Hefner said. “But in my research I realized that talking to these women, they haven’t given up on the ideals of a companionate marriage. They are strategizing to get it.”