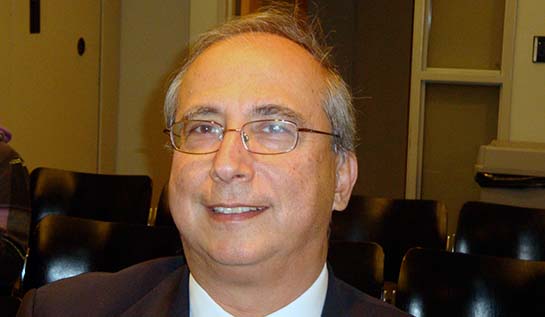 Gregory Aftandilian, Lecturer at the Frederick S. Pardee School of Global Studies at Boston University, has published a monograph with the Strategic Studies Institute (SSI) at the U. S. Army War College.

“The New Arab Regional Order: Opportunities and Challenges for U.S. Policy” was published on Nov. 30. It is available as a free downloadable PDF.

From the text of the synopsis:

This monograph examines the new Arab regional order that has emerged over the past few years and analyzes opportunities and challenges for U.S. strategic interests. The regional order encompasses: 1) an anti-Islamist grouping of countries that came about largely in reaction to Muslim Brotherhood rule in Egypt in 2012-2013; and, 2) an anti-Shia grouping which solidified in the aftermath of the Houthi takeover over much of Yemen, but which includes other areas of Sunni-Shia conflict in the region. Saudi Arabia is a leader in both orders and has important allies in them, like Egypt. Although the United States has extensive ties to a number of the countries in these alliances, and has assisted many of them in recent conflicts, it has tried to avoid getting involved in the larger Sunni-Shia conflict (having equities with both Sunni and Shia countries) and does not share the views of many secularists in the region that all Islamist groups pose a threat to regional stability.

The monograph argues that U.S. policymakers should continue to promote inclusivity of all nonviolent political groups in the political systems of these countries, regardless of whether these groups are secularist or Islamist, with the understanding that there are limits to U.S. influence. In addition, U.S. policymakers should continue to avoid taking sides as much as possible in Sunni-Shia conflicts and should use its influence in the area to try to dampen such conflicts, as they are a main source of instability in the region and help extremist groups, like ISIL (Islamic State of Iraq and the Levant) and al-Qaeda, exploit these conflicts. The monograph also recommends that the U.S. Army should assist countries of the region in counter-terrorism training and operations where possible, but Army officers should avoid being drawn into discussions about the Islamist-secularist and Sunni-Shia disputes.

You can download and read the entire monograph here.