Gallagher in IBT: Impact of the China Boom 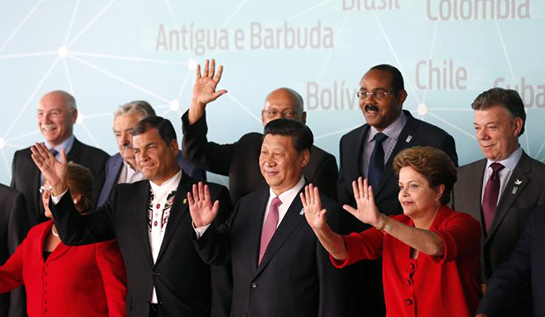 Gallagher made the argument in a Nov. 22 article in the International Business Times entitled: “China-Latin America Relations: In Ecuador, Dependency On Beijing Financing Of Development Projects Raises Fears, Uncertainty For Some.”

The short-term benefits of China’s trade relationship with Latin America during the commodity boom are hard to discount, said Kevin Gallagher, director of the Global Economic Governance Initiative at Boston University and an expert on China-Latin America relations. “China was directly the cause of the economic growth in the region from 2003 to 2013,” he said, noting that most governments used those funds to boost social programs and drastically reduce income inequality and poverty in the region. “But in the long run, it sort of locks the region back into its growth model of the 19th century, which it spent 100 years trying to get out of.”

But that isn’t necessarily China’s fault, Gallagher said. “It’s not China’s job to make other countries develop. Latin America sort of squandered the China boom,” he said, adding that many countries failed to boost their savings or develop certain industries to diversify their respective economies.