Keylor in Boston Herald: No Difference in Syria 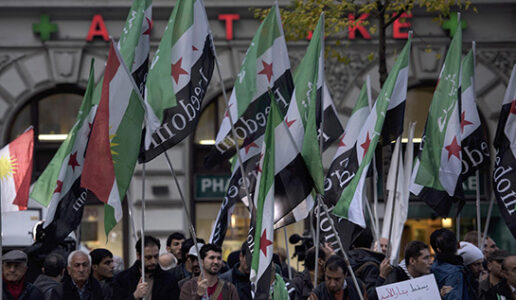 William Keylor, Professor of International Relations and History at the Frederick S. Pardee School of Global Studies at Boston University, said that the Obama administration’s plan to deploy special forces to Syria would probably have little effect on the course of that nation’s civil war.

Keylor made the argument in an Oct. 31 article in the Boston Herald entitled “Critics Say Obama Plan for Syria is ‘Too Little, Too Late.’”

White House spokesman Josh Earnest insisted yesterday that the commandos’ role is not a “combat mission.”

But what the next step is, if any, will ultimately determine if the move will make an impact, said William R. Keylor, a professor of international relations and history at Boston University.

“Fifty special ops — no big deal. If it ends up being significantly more than that, then I think it’s going to be a very serious situation that Congress would have to deal with and the American people would have to deal with,” Keylor said. “From the outside, this looks like it’s almost a psychological move to let the moderate forces (in Syria) know that we’re behind them, we support them. But in terms of the actual concrete (numbers), it’s hard to imagine it would make a difference.”

Keylor served four consecutive terms as Chairman of the Department of History at Boston University (1988-2000) and been Director of the International History Institute since 1999. Learn more about him here.