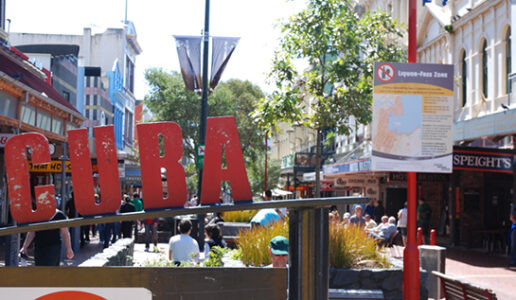 Renata Keller, Assistant Professor of International Relations at the Frederick S. Pardee School of Global Studies at Boston University, said that Cuba is ascending in regional and international prominence to become a diplomatic power player in the modern world.

Keller made the argument in an Oct. 5 Op-Ed in the World Policy Institute, on their online portal for scholarly work on modern Cuba “The Cuban Reset.” Keller’s piece was entitled “Cuba Ascending.”

Cuba’s international profile is on the rise. In recent years, Raúl Castro has set Cuban foreign policy on a promising path toward greater political and economic engagement with the rest of the world. While the mending of ties with the United States is the most significant evidence of this shift, it is only one among many indications that Cuba is ascending.

Keller is the author of Mexico’s Cold War: Cuba, the United States, and the Legacy of the Mexican Revolution, from Cambridge University Press. Learn more about her here.