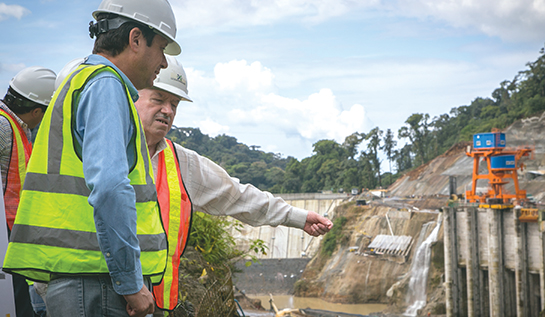 Kevin Gallagher, Professor of Global Development Policy at the Frederick S. Pardee School of Global Studies at Boston University, was profiled in a Q&A session in the September 2015 edition of the monthly journal EcoAmericas.

From the text of Gallagher’s interview:

China has been a significant and independent driver of environmental degradation in the region since the turn of the century. It has driven economic growth, but growth that has been based on the region selling China primary commodities such as soybeans and metals. Such production and export are highly land intensive, often involving land conversion in highly forested areas and thus accentuating pressure on everything from local livelihoods to global climate change. We find Latin American exports to China are two times more CO2 intensive and ten times more water intensive than the region’s economies as a whole.

You can read the entire interview and centerpiece article here.

EcoAméricas covers development and the environment in Latin America for an international audience of businesses, NGOs and public agencies. EcoAméricas provides continuing, objective coverage at a time when reporting on Latin American environmental issues has been piecemeal at best–and too often biased by competing agendas.

Gallagher is co-editor of the Review of International Political Economy and writes regular columns in the Financial Times and the Guardian. Learn more about him here.