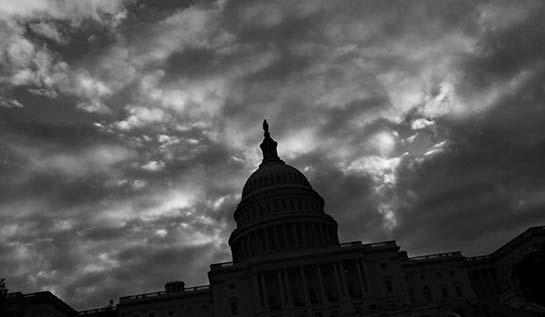 John Woodward, Professor of the Practice of International Relations at the Frederick S. Pardee School of Global Studies at Boston University, said that a government shutdown, like the one currently threatened by Congressional Republicans over funding for Planned Parenthood, has the potential to harm national security interests.

Woodward made his case in a September 29 Op-Ed in the Boston Globe entitled “A Former CIA Officer on How the Shutdown Hurts National Security.”

Because Congress seems unable to carry out one of its fundamental responsibilities — approving an annual budget — the federal government could shut down on Oct. 1. Such shutdowns are costly — the Economist estimates that the 2013 shutdown cost the US economy $24 billion in lost output. Yet our lawmakers need to realize that such a drastic action can have adverse consequences beyond dollars and cents. Any shutdown could have serious deleterious effects on American national security.

To be clear, certain mission critical work will continue. Navy SEAL teams will be armed and on call. Nuclear missile silos will be staffed and at the ready. In less obvious ways, however, a government shutdown forces significant and underappreciated costs on national security.

Woodward is a former Central Intelligence Agency (CIA) officer. During his twenty-year CIA career, he = served as an operations officer in the Clandestine Service and as a technical intelligence officer in the Directorate of Science and Technology, with assignments in Washington, DC, East Asia, Africa, South Asia, and the Middle East. He recently participated in the International Association for Intelligence Education’s (IAFIE) annual conference held at Marymount University in Arlington, VA from 22-25 June 2015. Learn more about him here.