Selin in The Conversation on SDGs: Unimpressed 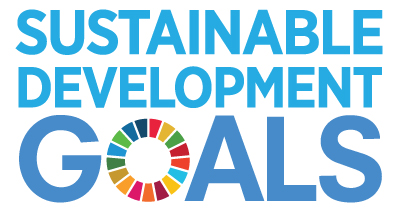 As world leaders descended on New York and the United Nations for its 70th anniversary and to sign the final agreement on new global Sustainable Development Goals (SDGs), Henrik Selin, Associate Professor of International Relations at the Frederick S. Pardee School of Global Studies at Boston University, remains unimpressed.

Although there has been much fanfare and self-congratulation on the new SDGs, which are supposed to become the overarching framework for global development from now to 2030, Selin is critical because there are “too many goals, too little focus.” He made his argument writing in The Conversation (September 25, 2015):

Setting global goals can be crucial to galvanizing action. But an agenda centered on 17 SDGs runs the danger of being too general. A more targeted approach would provide clearer guidance and make it easier to oversee implementation of the goals and adjust efforts as needs change in the future.

Also, settings high-level goals is only a first step – the hard work around governance starts now as countries move forward with implementing the SDGs. Making progress on these broad goals will require a level of focus and coordination between governments and other actors in society that we have yet to see.

Much of the enthusiasm for the SDGs comes from the convension wisdom that their predecessor, the Millennial Development Goals (MDGs), were a resounding succes. Henrik Selin adds a note of caution to that assumption:

All positive trends over the past 15 years also cannot be attributed simply to the MDGs. Many international policy initiatives would have happened anyway. Also, national programs launched by China and other rapidly growing economies to reduce poverty and improve living conditions improved MDG statistics but were largely driven by their own domestic priorities.

Despite the questions he raised, Henrik Selin would like to see the SDGs succeed. But he does point out that this will not be easy:

Taking the promise of the SDGs seriously requires a stronger and more consistent political commitment to tackling human needs and inequalities. It also demands a recognition of the need to more efficiently consume natural resource, for enhanced environmental stewardship, and to provide necessary financial resources toward better stewardship of planet Earth.