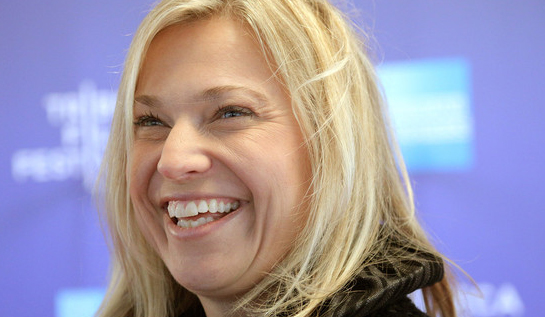 The plight of girls in rural Afghanistan is a dire one, with few economic and social opportunities and a great deal of danger in trying to overcome obstacles. But one Pardee School alumna thinks the solution begins with education. And she’s got the film to prove it.

Beth Murphy, a graduate of the Pardee School’s MA in International Relations and International Communication program, along with Afghan activist Razia Jan, has been working to bring girls’ education to rural Afghanistan.

After graduating from the Pardee School, Murphy founded Principle Pictures in 1999. She has led production crews to all corners of the world, often in war-torn or developing countries in order to focus on human rights and international issues.  For her work on the film Beyond Belief, a 2007 documentary which played at the Tribeca Film Festival, Murphy received the One Shared World International Outreach Award from American Women in Radio and Television.

This effort has culminated in the establishment of the Zabuli School for Girls, in the district of Deh’Subz. In addition to K-12 education, the school provides uniforms, warm coats, and food to nearly 500 students. It will be featured in a full length documentary film, What Tomorrow Brings, due to premiere in the winter of 2016.

But as Murphy well knows, education doesn’t stop at grade 12. That’s why she and Jan are going further.

” We realized during filming of What Tomorrow Brings that when the first class of seniors graduates in November, they won’t have anywhere to go to college. For the most part girls in rural Afghanistan aren’t allowed by their families to leave their villages, so it has become accepted that they can’t and won’t go to college.  They wish it were different, and we do, too,” Murphy said. “We decided if they can’t go to college, we should bring a college to them. And that’s what we’re doing – building a college where the girls can go to become nurses, midwives, teachers and computer engineers.  It will make history as the first college for girls in rural Afghanistan.“

To realize this goal, Murphy and Jan have started a fundraising initiative called Build A School Today.

The Build A School Today initiative has been covered extensively in the media, with letters from Zabuli School students published in Marie Claire, NPR, and the Daily Telegraph, among other outlets. An IndieGoGo campaign that runs through August 8 is attempting to raise $115,000 for the college.

A screening of the film What Tomorrow Brings is tentatively scheduled for the fall semester at BU. Further details will be published at a later date.

Murphy is the author of Fighting For Our Future, a companion book to her film with the same title. She is a contributing author of Open My Eyes, Open My Soul.