Miller Invited to be Fellow of Atlantic Council 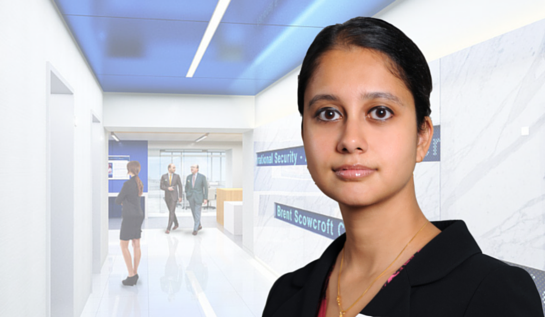 Manjari Chatterjee Miller, Assistant Professor of International Relations at the Frederick S. Pardee School of Global Studies at Boston University, was invited by the Atlantic Council in Washington, D.C. to join as a non-resident fellow beginning in 2015.

“Miller was chosen for the position because she is one of our brightest young foreign policy experts,” said Bharath Gopalaswamy, Director of the South Asia Center at the Atlantic Council. “One of the main priorities of the South Asia Center is to bridge the academic/public policy gap, and she is exactly the type of candidate that will help us achieve that.”

Manjari Chatterjee Miller works on foreign policy and security issues in international relations with a focus on South and East Asia. She specializes in the foreign policy of rising powers India and China. Miller’s research has appeared in Foreign Affairs, the New York Times, Asian Security, Foreign Policy, the Indian Express and the Christian Science Monitor. Her work has been supported by grants from the East-West Center, the Weatherhead Center for International Affairs, the South Asia Initiative, the Fairbank Center, the Woodrow Wilson School and, the U. S. Department of Education.

Miller’s initial term has already begun, and will be renewed on an annual basis.

Since its inception, the Council has administered programs to examine political and economic as well as security issues, and to cover Asia, the Americas and other regions in addition to Europe. All its programs are, however, based on the conviction that a healthy transatlantic relationship is fundamental to progress in organizing a strong international system. For more information, visit the Atlantic Council’s website.

“Our fellows contribute to the ongoing research agenda of the center,” Gopalaswany said. “We also welcome them to be intellectual entreprenuers and work with us in expanding and developing the scope of our intellectual agenda.”