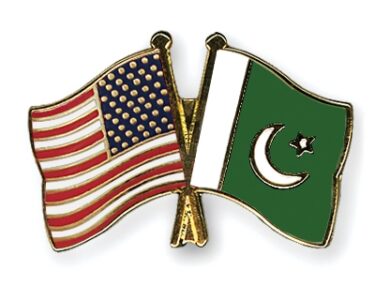 Speaking on National Public Radio’s news talk show Radio Open Source on May 21, the Dean of Boston University’s Frederick S. Pardee School of Global Studies, Adil Najam, described the troubled relationship between the United States and Pakistan as anything but a friendship or an alliance.

The show was structured around the recent expose by journalist Seymour Hersh on the events leading up to and from Osama Bin Laden’s killing while in Abbottabad, Pakistan. Dean Adil Najam described the Hersh story as:

He said that this was because this is a relationship based on mistrust with little effort anywhere to build trust. The U. S. has never seen Pakistan as an ally, he said, “nor has Pakistan treated the U. S. as one.”

Prof. Najam pointed out that “We need to be much more honest about the nature of our relationship”:

“If [the U. S. – Pakistan relationship] is a bad marriage… why does not one party just leave? Why doesn’t someone call for divorce? The reason is, troubled as it is, cursed as it is, every alternative to that relationship is worse than where we are. That is the jam that both the U. S. and Pakistan has gotten themselves in.”