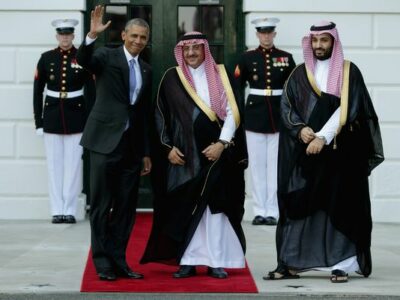 The summit meeting with leaders of Arab states from the Persian Gulf that was called by US President Barrack Obama ended at Camp David with strong statements of committment from the United States to protect the Gulf countries militarily. However, they were also marked by the absence of the top leaders of some key countries, most notably Saudi Arabia.

Adil Najam, Dean of the Frederick S. Pardee School of Global Studies at Boston University, believes that by their absence Saudi Arabia and their allies have sent a message of grave concern and discontent to Washington,  but also that diplomatically they have made a mistake by not attending the Summit.

Najam made his remarks in a May 14 news report by McClatchy on President Obama’s summit meeting. That story is entitled “Obama promises weapons, ‘iron-clad’ pledge to protect Gulf nations against Iran.”

Adil Najam, an international relations professor and dean of the Pardee School of Global Studies at Boston University, said the leaders sent a “powerful message” to Washington with their absence. “It would have been much better if they had chosen to accept the invitation and then delivered their message in person,” he said.