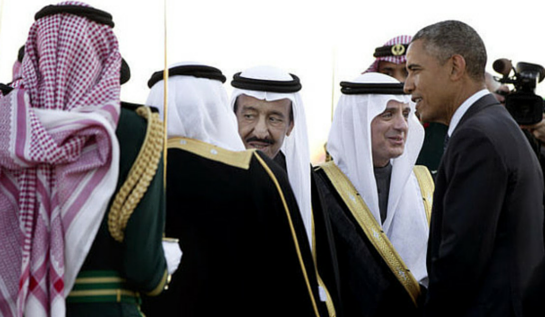 Andrew Bacevich, Professor Emeritus at the Frederick S. Pardee School of Global Studies at Boston University, said that the Obama administration was making overdue changes to its relationship with Saudi Arabia.

Bacevich made his argument in a May 13 op-ed in the LA Times entitled “Go Ahead, Tick Off the Saudis (And the Israelis, Too).”

In his second term, President Obama has demonstrated a real knack for ticking off putative American friends. First, he annoyed Israeli Prime Minister Benjamin Netanyahu, who registered his complaint by promptly taking it to Capitol Hill. Now (apparently) he has irked Saudi Arabia’s King Salman, who signaled his unhappiness by skipping this week’s summit with gulf allies at Camp David.

The rocky turn in U.S. relations with two long-standing strategic partners has caused much hand-wringing. But is it really such a bad thing? Or does it hint at a long-overdue policy shift that will align U.S. commitments to these countries with actual American interests?

Bacevich is the author of Breach of Trust: How Americans Failed Their Soldiers and Their Country (2013). Learn more about him here.