Berger on the Remorse of Japan 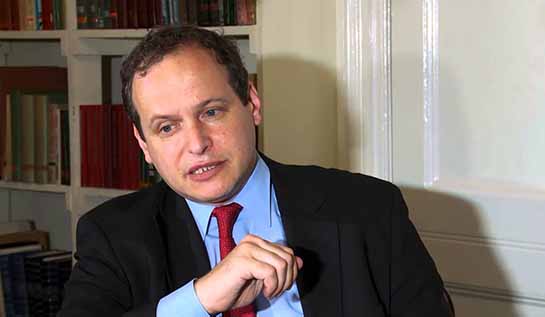 Thomas Berger, Professor of International Relations at the Frederick S. Pardee School of Global Studies at Boston University, said that Japan has shown its remorse for actions taken in World War II.

Berger was quoted in an April 23 opinion piece in The Nation by writer Suthichai Yoon entitled, “Will a ‘Remorseful’ Abe Offer an Official ‘Apology’ for WWII?”

In a recent interview with Washington Post, Abe referred to “comfort women” – euphemism for those who were forced to work in Japanese wartime military brothels – as victims of “human trafficking” and said his “heart aches” for them.

But he didn’t say who was responsible for victimising the women. Will Abe be more specific in saying sorry this time? And why is Japan still not sorry enough over its role in World War II?

It may not be as simple as it sounds. Thomas U Berger, an associate professor of international relations at Boston University, who authored a book entitled “War, Guilt and Politics After World War II”, told Time magazine that Japan might have apologised for waging an aggressive war and oppressing its neighbours but those apologies have been fumbling and awkward and often undercut by revisionist statements from senior politicians.

Japan, he said, has in fact been more repentant than is often credited. Japan’s prime ministers have repeatedly offered apologies for their country’s misdeeds. It has sponsored joint historical research with both South Korea and China.

Berger  is the author of War, Guilt and World Politics After World War II,  Cultures of Antimilitarism: National Security in Germany and Japan and is co-editor of Japan in International Politics: Beyond the Reactive State.  Learn more about him here.