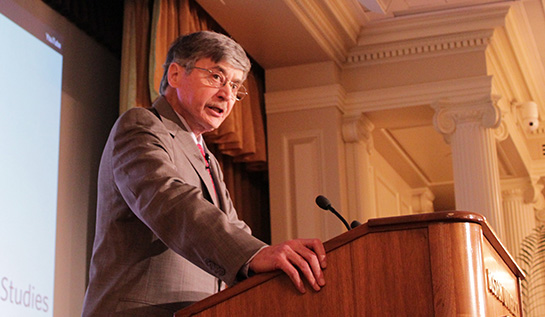 They are organizing and conducting workshops in Cairo and Beirut on “Civil Society Revisited: Researching Associational Life in Comparative Perspective” to be held in Spring and Autumn 2016 in Beirut and Cairo.  The workshops will be open to promising younger scholars across the Middle East, as well as a handful of up and coming North American scholars.

Norton is pioneer of research on associational life and civil society in the Middle East. In the 1990s, he headed the Civil Society in the Middle East project, which was based at New York University and co-directed by Professor Farhad Kazemi.  The CSME was funded principally by the Ford Foundation, as well as the Rockefeller and MacArthur Foundations, and the project produced a series of books in English, Arabic and Persian, including a widely cited two volume set.