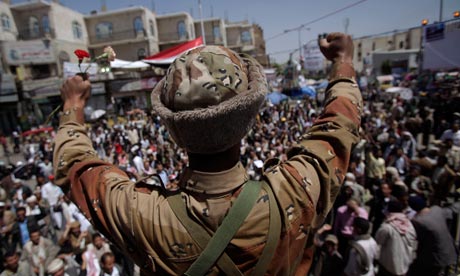 Prof. Adil Najam, Dean of the Frederick S. Pardee School of Global Studies at Boston Univeristy, believes that for many Muslim countries – including Pakistan – the conflict in Yemen has become an unfortunate and dangerous distraction.

Speaking on the Voice of America (VOA) Urdu Service news show Independence Avenue, Dean Najam argued that in many ways the conflict in Yemen is a “manufactured crisis” which has “less to do with Yemen and is much more about the regional balance of power ploys between Saudi Arabia and Iran.” He suggested that this has also become a “costly distraction” from the much more important challenges that now face the countries of the Muslim world; namely, extreme militant groups like ISIS, Boko Haram, Al Shabab, Taliban, etc.

Prof. Najam warned against more and more Muslim countries being drawn into this conflict. This would happen, he said, not because the conflict needed more troops but simply because Saudi Arabia, in particular, is using the conflict as a show of alliances and allegiances within and beyond the Arab world. He suggested that despite the pressure, Pakistan should try to stay away from the conflict.

A recording to the full show on VOA can be viewed here.