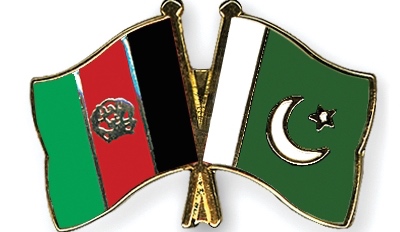 There is a cautious optimism creeping on both sides of the Durand Line on political relations between Pakistan and Afghanistan. However, according to Dean Adil Najam of the Frederick S. Pardee School of Global Studies at Boston Univeristy, it will still take much effort and significant patience from both Kabul and Islamabad if this optimism is to bear actual fruit.

This is how Prof. Najam concluded the panel on AfPak relations that he was moderating at the second Harvard Pakistan Forum, held at harvard Univeristy on March 28-29, 2015. The panel, titled ‘Pakistan and Afghanistan: Analyzing Foreign Policy and the Future of the Talibal’ included Amb. Maleeha Lodhi (Pakistan Ambassador to the United Nations and former Pakistan Ambassador to the United States), Amb. Thomas W. Simmons (former US Ambassador to Pakistan), Prof. Hassan Abbas (National Defence Univeristy, Washington DC), and Hamid Arsalan (Afghan analyst and entrepreneur).

In his remarks during the panel and as moderator, Prof. Najam probed his colleagues on just how strong the sense of optimism is and what it might take for the optimism to be justified. The consensus view was that while the steps being taken are in the right direction, the sense of distrust between teh two countries remains deep, and we should not expect overnight improvement in relations. Importantly, steps taken within each country may be as or more important than those taken between the two countries. In particular, stability and better democracy on both sides of the border are likely to improve cross-border relations amongst these long-estranged neighbors.

During the conference, Prof. Najam also spoke at a second panel on ‘Successfully Impacting Policy Change.’ During this panel he highlighted the importance of the distinction between passage of laws and regulations and the actual implementation of polcy. He argued that the later is as important, often more important, than the former.