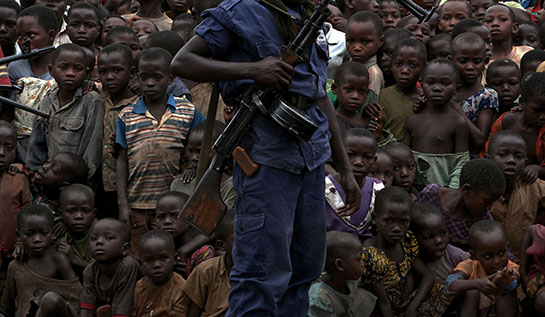 Tim Longman, Associate Professor of International Relations at the Frederick S. Pardee School of Global Studies at Boston University, said that the Catholic Church’s presence in Burundi created a stumbling block to addressing critical issues of population control in the African nation.

Longman’s insight was part of a March 27 major investigation into the state of land politics in Burundi published in the journal Foreign Policy. Entitled “The Blood Cries Out,” it was sponsored in part by a grant from the United Nations Population Fund.

“In addition to claiming an estimated 60 percent of Burundians as followers, the [Catholic] church has affiliations with roughly 30 percent of national health clinics, which are forbidden from distributing or discussing condoms, the pill, and other medical contraceptives. “Catholic teachings against birth control are very resonant with Burundian culture, which says that children are wealth,” explains Longman, of Boston University. “Because the Catholic Church is so powerful and controls so much of the health sector, it creates a huge stumbling block for family-planning practice.”

Longman is the director of the African Studies Center, an affiliated center of the Pardee School. Find out more information about him here.