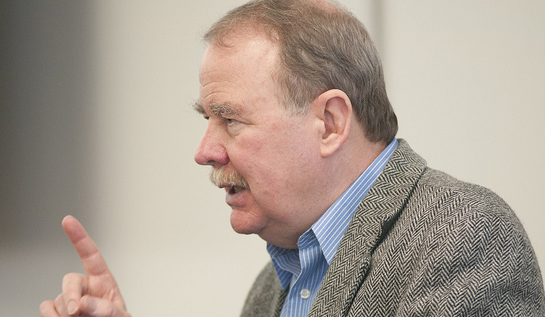 Joseph Fewsmith, Professor of International Relations and Political Science at the Frederick S. Pardee School of Global Studies at Boston University, said that the rise of Xi Jinping as China’s president marked a turning point that could have a similar impact to the 1989 uprising and violent crackdown in Tien’anmen Square.

Fewsmith made the argument in a February 2015 “Three Questions” series interview with the news outlet China Focus.

Said Fewsmith in the text of the article, when asked about Xi Jinping’s tenure as a turning point:

“Well it’s a different type of turning point, but yes I think it’s absolutely huge. Obviously the full dimensions of this is something that we will see unfolding over the next few years, but in my interpretation there was a very broad recognition in the political elite that China faced enormous problems, a real crisis. Both domestically, as reflected in rising mass incidents, and internationally.”

Dr. Joseph Fewsmith is Professor of International Relations and Political Science at the Pardee School of Global Studies at Boston University. He is the author or editor of eight books and numerous articles, including, most recently, The Logic and Limits of Political Reform in China (2013). He is a regular contributor to the China Leadership Monitor.