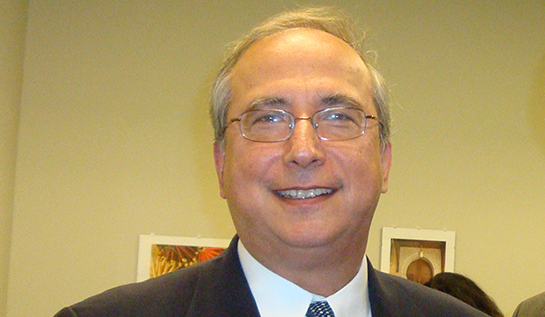 Gregory Aftandilian, visiting lecturer in International Relations at the Frederick S. Pardee School of Global Studies at Boston University, said that the Egyptian government must not rely on security crackdowns in the fight against terrorism.

Aftandilian made the argument in a Feb. 19 op-ed for Al Jazeera entitled, “Egypt’s Sinai Struggle Not Going Away Anytime Soon.”

In the op-ed, Aftandilian writes:

“To defeat the terrorists in the Sinai, the Egyptian government cannot rely on security crackdowns alone (and it needs a more nimble approach in this area to avoid civilian casualties), no matter how tempting it is to use brute force against ISIL-affiliated groups.

It must address the socioeconomic problems in the Sinai to give the Bedouin meaningful job prospects in order to dry up terrorist recruitment. This should involve extensive job training programs, opening tourism and Sinai police force jobs to the Bedouin (albeit after proper vetting) and compensation for homes and agricultural areas destroyed in the counterterrorism campaign.”

Aftandilian, a consultant, scholar, and lecturer, is an adjunct faculty member at Boston University and American University.  He is also an associate of the Middle East Center at the University of Massachusetts-Lowell and a Senior Fellow for the Middle East at the Center for National Policy in Washington, D.C.  He spent over 21 years in government service, most recently on Capitol Hill where he was foreign policy adviser to Congressman Chris Van Hollen (2007-2008), professional staff member of the Senate Foreign Relations Committee and foreign policy adviser to Senator Paul Sarbanes (2000-2004), and foreign policy fellow to the late Senator Edward Kennedy (1999). Prior to these positions, Mr. Aftandilian worked for thirteen years as a Middle East analyst at the U.S. Department of State where he was a recipient of the Department’s Superior Honor Award for his analyses on Egypt.  His other government experiences include analytical work for the U.S. Department of Defense and the Library of Congress.