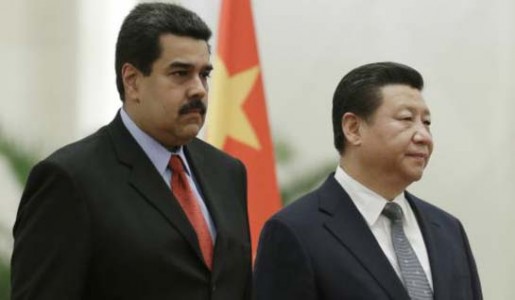 Kevin Gallagher, associate professor of Global Development Policy at the Frederick S. Pardee School of Global Studies at Boston University, said that China could be found at the heart of the economic crisis currently rocking Venezuela.

The article is in Spanish. Translated, Gallagher said:

You can read a translated version of the article here. The original Spanish version can be found here.

Gallagher is an associate professor of global development policy at Boston University’s Frederick S. Pardee School of Global Studies, where he co-directs the Global Economic Governance Initiative and the Global Development Policy Program.

He is the co-chair of the Task Force on Regulating Capital Flows and has served as an advisor to the Department of State and the Environmental Protection Agency in the United States. as well as to the United Nations Conference on Trade and Development.   Gallagher has been a visiting or adjunct professor at the Fletcher School of Law and Diplomacy; El Colegio de Mexico in Mexico; Tsinghua University in China, and the Center for State and Society in Argentina.

Gallagher is co-editor of the Review of International Political Economy and writes regular columns in the Financial Times and the Guardian. His most recent book, Ruling Capital: Emerging Markets and the Reregulation of Cross-Border Finance,was published this year.