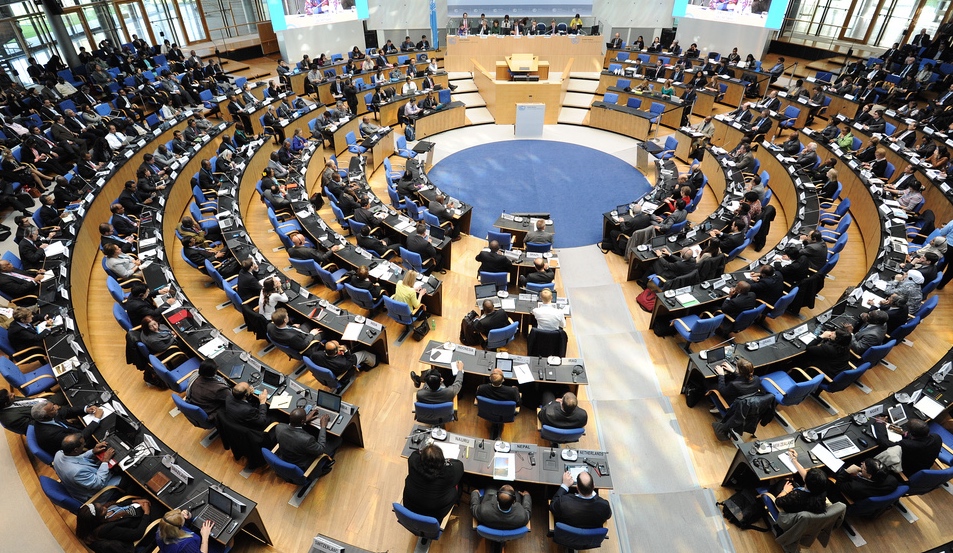 Prof. Adil Najam, Dean of the Frederick S. Pardee School of Global Studies at Boston University, presented a a paper on the state and future of global climate negotiations at a workshop organized by the Center for International Governance Innovation (CIGI) in Los Angeles, CA, on January 31-February 1, 2015.  The workshop was part of CIGI’s ongoing project on “Designing More Effective International Environmental Agreements.”

Prof. Najam argued that complacency and a lack of ambition now characterize negotiations within the UN Framework Convention on Climate Change (UNFCCC). In looking at the prospects for the forthcoming set of negotiations (to be held in Paris in late 2015), his paper suggested:

A failure to reach an international agreement on global climate change will not be the worst possible outcome of a global climate change negotiation process that has been going on for a quarter century. A far more scary – and, indeed, a far more likely – outcome is that in 2015 the world will celebrate yet another bad agreement after having lulled itself into the conviction that the patently bad is the realistically best that it can do.

Prof. Najam argued that amongst the steps that are needed to build more effective climate agreements, at least three are of especial importantce: (1) reestablish process integrity by fulfilling the promises of Kyoto; (2) recalibrate issue definitions, in particular by recognizing that we now live in the ‘age of adaptation’; and (3) reevaluate actor responsibilities by constructing nested agreements that involve key actors in different ways.