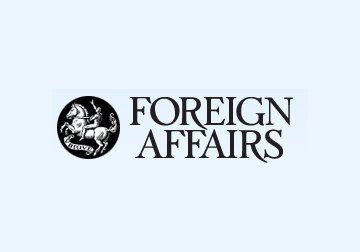 In a Spotlight feature on the Foreign Affairs website, Prof. Cornel Ban of the Frederick S. Pardee School of Global Studies, Boston University, and his co-author Prof. Mark Blyth of the Watson Institute at Brown University look at the new politics of austerity brewing up in Europe in the shadows of the recent election results in Greece.

Titled ‘Austerity vs. Democracy in Greece: Europe Crosses the Rubicon’ the articles (published January 29, 2015), looks at the long-term implications of the election in Greece of Alex Tsipras, leader of the anti-austerity party, Syriza, as the country’s new leader.

The commentary by Blyth and Ban goes on to suggest the following:

Syriza’s victory presents two lessons for the rest of Europe. First, no one votes for a 15-year-long recession. Second, you can’t run a gold standard in a democracy. Either the gold standard goes, or democracy goes, and that is the choice Europe may face sooner than it thinks.

More importantly, they suggest that there are deeper lessons for Europe in these developments. Specifically:

What is at stake now is not simply Syriza’s next moves or even a possible “Grexit.” These are symptoms, not causes. The problem is that European authorities, driven by Germany, are enforcing a politics of deflation under a pseudo-gold standard, expecting citizens to vote indefinitely for their own impoverishment in order to save the asset values of creditors. In such a world, both radical left- and right-wing forces can only stand to gain ground across many supposedly stable countries, and quicker than we think. To avoid that fate, the continent’s powerbrokers should make some sort of deal with Syriza now—because what may follow it may be far worse.