Ban Asks if East European Life is Better since 1989 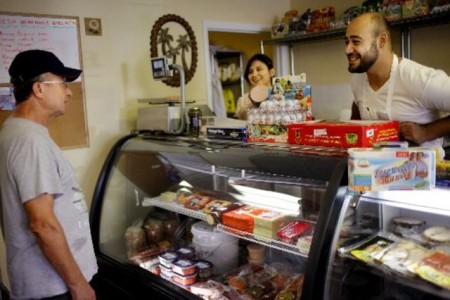 In the heady days of 1989 and 1990, millions of people in East Europe began, for the first time in living memory, a bold experiment. Talk of the “return to Europe” moved millions as they took to the streets.

The fall of the Berlin Wall and collapse of the Soviet Union brought with it an opportunity to begin new chapters in the stories of nations from Poland to Uzbekistan. The legacy of the defunct regimes was complex. On the one had, they had engaged in massive repression that in some periods amounted to well-known humanitarian disasters. On the other hand, within just a few generations, many of these nations had been transformed by socialism into industrial economies whose populations experienced fast-paced urbanization, full employment, universal healthcare and education, social mobility and in some countries even the beginning of expanded individual consumption.

A combination of geopolitics, debt problems, declining industrial potential, internal conflict and the attractiveness of Western popular culture led these regimes to their demise. Opinion polls indicated that some version of Western style capitalism, liberal democracy and welfare states – a move described as a ‘return to Europe’ –were expected bring unprecedented and fairly distributed prosperity alongside political freedom and an end of environmental degradation.

Twenty-five years later, those hopes have not been fulfilled for a critical mass of East Europeans.

That was the hard lesson of “25 Years After 1989, Do East Europeans Live Better?” The talk was given by Cornel Ban, co-director of the Global Economic Governance Initiative.

“I like to say the Cold War was won not through an arms race, but through the perceived superiority of the Western way of life during the period when in Western Europe there was still nearly full employment, social mobility, solid safety nets, ever improving schools and hospitals, no student debt – all the good parts of socially inclusive capitalism,” Ban said. “For my generation in Romania, “the West” was an emancipated, anti-authoritarian society, therefore worth struggling for.”

In some countries in the region there have emerged elements of a substantial middle class, whose members are the clear winners of the post-1989 transformations. Yet the middle class remains thinner and more vulnerable than one would hope and the post-2008 crisis has trimmed it considerably. In places like Romania, the bulk of the active population has working poor status due to extremely low wages.

Ban gave his talk Dec. 10 at the Frederick S. Pardee School of Global Studies at Boston University. He described how the hopes of East Europeans led many to imagine a future that balanced the salvageable parts of the socialist experience (education, health, scientific research, social mobility, urbanization, access to culture) with the opportunities awarded by the market economy.

“No one knew what the new world would look like, because East Europe had been so transformed by 45 years of socialist experience and no one had made this transition before,” Ban said. “Citizens wanted a liberal democracy with strong participatory aspects, a mixed market economy with strong safety nets, higher incomes, more private consumption, and social mobility via meritocratic rather than crony channels.”

For many parts of the former Eastern Bloc the end result, however, has been a net loss in quality of life for many East Europeans – sometimes a staggeringly large one.

“In countries with the lowest growth rate since 1989 – Bosnia, Serbia, Georgia, Moldova, and others – there have been three to four generations wasted. It will take most of these nations 50 or 60 years to get back to the economic levels they had in 1990,” Ban said. “In Moldova, there are rates of rural poverty equivalent to those of sub-Saharan Africa.”

Other numbers continue the story and make it more nuanced. The GINI coefficients, a metric that shows the income inequality of a nation, of countries that were part of the Soviet Union are higher than nearly all of their Western European counterparts. However, countries like Slovenia or the Czech Republic managed to avoid the scourge of extreme inequality and poverty that plagues many East European countries. They even look better in this regard than many older European democracies such as the United Kingdom.

“Yet no East European country has higher wages than even the poorest countries in the West,” Ban said. “What we are starting to see is an emerging eastern and southern European community of inequality and poverty, which leads to people migrating for work.”

He said that “today, the OECD issued a report that inequality is really bad for growth and even the IMF cites inequality as a cause of financial crises […] therefore tackling the spike in inequality in the region should be a priority for policymakers if they are serious about making sustainable improvements in living standards, as people expected 25 years ago.”

Nor are the broken promises of post-communism limited to the economy. Even though some of the success stories of the former Soviet Union have had spells of high growth, they also have authoritarian systems that allow little scope for free expression for their citizens. Other nations, such as Bosnia and Serbia, have been plagued by violence. Others still have liberal democracy and decent growth rates but they have economic systems that provide little in the way of safety nets to those displaced by economic woes. Populations living in large expanses of the East European landmass are deprived of basic access medical services, for example.

To explain the disparities in outcomes for East European nations, Ban offered a nuanced take on the conventional wisdom.

“The socioeconomic ideologies of dominant parties elected in the 1990s had a large effect on which countries are doing well, such as Slovenia,” Ban said. “If you have good infrastructure, are close to Western European markets, if the state has a solid capacity to tax progressively and is committed to spend on human development, your dream of returning to some idealized version of Europe may come true.”