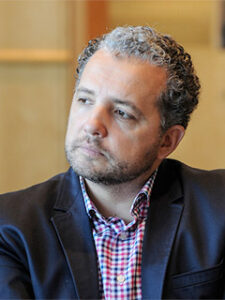 Assistant Profession Cornel Ban of the Frederick S. Pardee School of Global Studies at Boston Univeristy has published new research as a new GEGI Working Paper titled, ‘Is There More Room to Negotiate with the IMF on Fiscal Policy?’

Prof. Ban is the co-Director of the Global Economic Governance Initiative, or GEGI, a research program of the Center for Finance, Law & Policy, the Frederick S. Pardee Center for the Study of the Longer-Range Future, and the Frederick S. Pardee School of Global Studies. Its goal is to to advance policy-relevant knowledge about governance for financial stability, human development, and the environment.

The summary of the argument made in the paper is presented as follows:

During the 1980s the IMF emerged as a global “bad cop,” demanding harsh austerity measures in countries faced with debt problems. Has the Great Recession changed all that? Is there more room to negotiate with the Fund on fiscal policy?

The answer is yes. If we take a close look at what the IMF researchers say and what its most influential official reports proclaim, then we can see that there has been a more “Keynesian” turn at the Fund. This means that today one can find arguments for less austerity, more growth measures and a fairer social distribution of the burden of fiscal sustainability. The IMF has experienced a major thaw of its fiscal policy doctrine and well-informed member states can use this to their advantage.

These changes do not amount to a paradigm shift, a la Paul Krugman’s ideas. Yet crisis-ridden countries that are keen to avoid punishing austerity packages can exploit this doctrinal shift by exploring the policy implications of the IMF’s own official fiscal doctrine and staff research.  They can cut less spending, shelter the most disadvantaged, tax more at the top of income distribution and think twice before rushing into a fast austerity package.

This much is clear in all of the Fund’s World Economic Outlooks and Global Fiscal Monitors published between 2009 and 2013 with regard to four themes: the main goals of fiscal policy, the basic options for countries with fiscal/without fiscal space, the pace of fiscal consolidation, and the composition of fiscal stimulus and consolidation.