Pioneer of missiology as an academic discipline 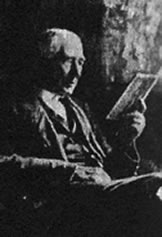 Warneck was born and raised in a humble German craftsman’s family near Halle. After serving several years as a pastor, he went on to become an internationally renowned professor of mission at Halle (1897-1908), in the first chair of its kind in Germany. He is rightly regarded as the founder of the science of mission studies. With a significant portion of his vast missiological productivity devoted to an encounter with Roman Catholic missions, he is recognized as the first to stimulate the creation of Roman Catholic missiology as well. Warneck was also the first to initiate an objective and responsible treatment of missiological topics in his monthly journal Allgemeine Missions-Zeitschrift (1874), the first to produce a comprehensive compendium on the science of missions (1892-1903), and the first to promote effective cooperation in missions by means of conferences on local, regional, and national levels that were later to lead to the creation of a representative central agency of German Protestant missions. Warneck achieved all this after only three years in a kind of apprenticeship in the Rhenish Mission but without ever having done actual mission work or having set foot in an overseas mission field. He did travel to Brighton, England, once (1876) in order to meet Robert Pearsall Smith, whose emphasis on renewal and sanctification attracted him.

After retirement in 1908 Warneck remained active as a writer. Much of his influence must be attributed to the continuing impact, even after his death, not only of his authoritative Evangelische Missionslehre (3 vols. in 5, 1892-1903) but also his survey of the history of Protestant missions (1892), which was reprinted ten times (English tr., Outline of a History of Protestant Missions from Reformation to the Present Time, 1884). A large number of smaller books and essays produces by Warneck cover virtually the whole range of the theory and practice of mission.

Critics of Warneck appeared rather late on the scene, at a time when a radical reassessment of the missio dei in a changing world was called for. However, his work has stood the test of time remarkably well. Warneck himself would have been the last to maintain that his missiology could be passed on to later generations without modification. His work was bound to be marked by the period to which it belonged. Nevertheless, it was based on Scripture and experience in a contextual link-up which allowed both for obedience to the gospel and freedom of the Spirit, for the extension of the eternal kingdom of God and the founding of indigenous churches as the special harvest of missionary labor. It is in this sense that missiology as the science of mission owes more to Warneck than to anyone else.

Warneck, Gustav. Outline of a History of Protestant Missions from the Reformation to the Present Time: A Contribution to Modern Church History. Authorized translation from the seventh German edition by George Robson. New York: Revell, 1901.