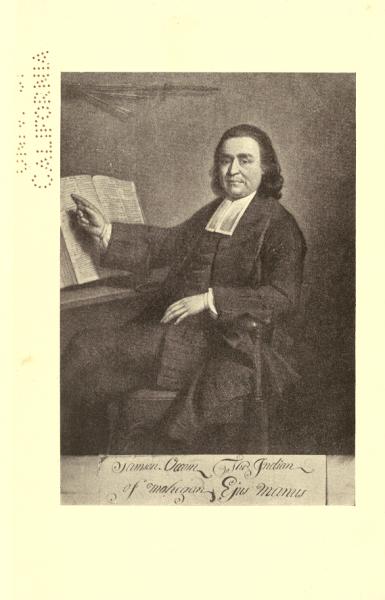 Occom was born at Mohegan, Connecticut, and became a Christian in his youth. He was the first Indian trained by Eleazar Wheelock at his school in Lebanon, Connecticut, which later became Dartmouth College. In 1749 he moved to eastern Long Island to be teacher and pastor to the Montauk people. His success there led to his ordination by the Long Island Presbytery in 1759, even though he lacked theological education.

Occom made two mission trips to the Oneida Indians in upstate New York, and in 1765, a trip to England with Nathaniel Whitaker to raise funds for Wheelock’s school. He made a great impression in England and with Whitaker raised over £12,000. After his return he became an itinerant preacher to the New England Indians and was sometimes in poverty. He was a leader in resisting the encroachments by whites on Indian lands, which made him unpopular in Connecticut. He also took a lead in securing lands for the settlement of New England Indians among the Oneida, who were far from white influence. In 1785, when Brothertown was established in Oneida territory, he became its pastor and remained there the rest of his life.

He was a great orator who gave little attention to doctrine but much to rules of conduct. He composed a number of hymns and published a hymn collection that went through three editions.

Occom, Samson, and George Brinley. A Choice Collection of Hymns and Spiritual Songs: Intended for the Edification of Sincere Christians of All Denominations. New London: Printed and sold by Timothy Green, 1677.

An anthology of Samsom Occom at “Heath Anthology of American Literature“.

A drawing of Samson Occom’s house.

A rare photograph of Occom’s home.

An unusual painting of Samson Occom by Nathaniel Smibert, a prominent painter of the time, shows him dressed in Roman clothing.

Two hymns with words by Occom are online with music: