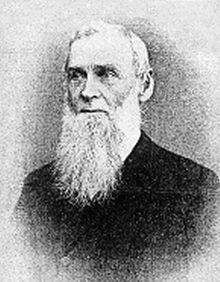 A Native of Pennsylvania and a graduate of Western Theological Seminary, Pittsburgh, Mateer and his wife, Julia (Brown), arrived in the treaty port of Dengzhow (P’eng-lai, or Tengchow) in 1894. Progress in the boys’ school, which he and Julia started, came slowly. By 1872 Mateer had developed a three-point formula for success: all instruction would be in Chinese (not English as in the case of other mission schools); traditional Chinese education would be supplemented by the disciplines of Western science; and standards of admission were raised and Christian character was emphasized. Soon the school was known throughout China. In 1898 classes were extended to include college level, making the school the first Christian college in China. In 1904 it moved inland to the more central location of Weixian (Wei-fang, or Weihsien). A later move took the college to Jinan (Tsinan), the provincial capital. By the time of Mateer’s death, graduates of Shantung Christian University (as it was finally known, were spread over sixteen provinces, serving as Christian teachers in more than a hundred schools. Another achievement was Mateer’s work on a translation of the Bible into Mandarin (1907), the language spoken by the 300 million people of Northern China.