Baptist translator and evangelist in Burma 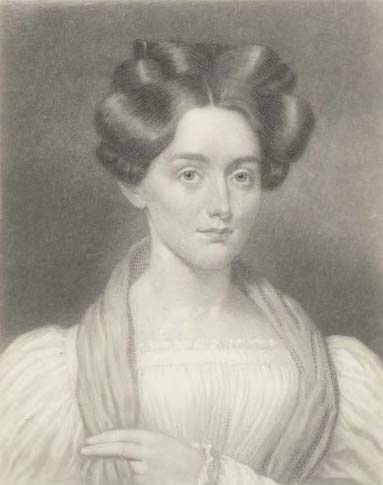 Born in Providence, Rhode Island in 1803, Eliza Grew Jones was an exceptional student, clear of mind and large of heart. She was especially gifted at language-learning and taught herself Greek. Eager to preach the gospel, but unable to do so because of her sex, in 1830 she married missionary Rev. Dr. John T. Jones. They sailed for Burma with the Baptist Board of Foreign Missions. In 1832 they were transferred to Siam, where Eliza Grew Jones made significant contributions to Siamese Christianity. She published a Siamese-English dictionary in 1833 and a few years later created a Romanized script for the Siamese language. Although she found missionary work very demanding, Jones accomplished much during her tenure as a missionary. She translated two passages of the Bible into Siamese, the stories of Joseph and Moses. She wrote Siamese poetry and hymns and a Siamese school book. In addition to teaching small children, work that she called “small business,” Jones also evangelized in the rural villages. She and John had four children, though two of them died young. Jones died of cholera in 1838.

Jones identified with the people she had come to serve. She appreciated aspects of their culture and strove to introduce the gospel in ways that would be culturally sensitive. In American Women in Mission, Dana Robert aptly describes Jones’s mission method:

“In her evangelistic work, Jones copied the methods of Burmese religious leaders, sitting in the zayat and engaging in religious conversation with whomever stopped by. This method of evangelism was pioneered by Adoniram and Ann Judson and continued by Baptist missionaries to the Burmese. Jones would often meet people at the zayat and follow them to their homes for continued discussion. She disputed with Buddhists on such theological points as the eternal destination of the dead. She contrasted the Buddhist view that asceticism was necessary for eternal life (nigban) with the Christian view of salvation through Jesus Christ. She did not, however, discourage the people from thinking of Jesus as an incarnation of Buddha.

. . . Throughout her mission work, Jones never discarded her western perspective on the superiority of Christian religion and culture. But she recognized, perhaps unconsciously, that Christianity had to make contact with the Buddhist framework in order to make sense to the Burmese people. In her decision to imitate Christ, she subscribed to a holistic mission theory that did not unnecessarily separate the spiritual from the physical. She was aware of the gap in material goods that separated the missionary from the people. Although she shared with the other missionaries of her era the inability to envision a contextualized version of Burmese Christianity, she did possess a sensitivity to cultural and missiological issues that marked her as one of the more thoughtful missionary wives (77-78).”

Jones’s former teacher wrote about her in a collection of pieces about her students. See: Sigourney, Lydia Howard. Letters to My Pupils: With Narrative and Biographical Sketches. Pp. 294-302.

Sigourney, Lydia Howard. Letters to My Pupils: With Narrative and Biographical Sketches. 1851. Pp. 294-302.