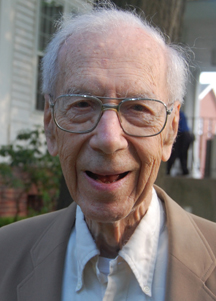 Forman was born in Gwalior, India, the son, grandson, and great-grandson of American Presbyterian missionaries to India (Forman Christian College, in Lahore, is named for his grandfather). After receiving a Ph.D. in history from the University of Wisconsin and a B.D. from Union Theological Seminary, New York City, he married Helen Janice Mitchell and they went as Presbyterian missionaries to India, where he taught at North India United Theological College in Saharanpur, Uttar Pradesh, 1945-1950. In 1953 he became successor to Kenneth Scott Latourette as professor of missions at the Divinity School of Yale University until he retired in 1987. He was also chairman of the Theological Education Fund of the World Council of Churches from 1965 to 1971, chairman of the commission on Ecumenical Mission and Relations of the United Presbyterian Church in the U.S.A. from 1965-1971, chairman of the Foundation for Theological Education in Southeast Asia from 1970 to 1989, and president of the American Society of Missiology from 1980 to 1981. An authority on Christianity in the South Pacific, he authored the Island Churches of the South Pacific (1982) and the Voice of Many Waters: The Story of the Life and Ministry of the Pacific Conference of Churches (1986). In retirement he served as visiting professor at seminaries in Egypt and on Fiji, American Samoa, and Western Samoa.

_____. The Nation and the Kingdom: Christian Mission in the New Nations. New York: Friendship Press, 1964.

_____. The Island Churches of the South Pacific : Emergence in the Twentieth Century. Maryknoll, NY: Orbis Books, 1982.

The Foundation for Theological Education in Southeast Asia.