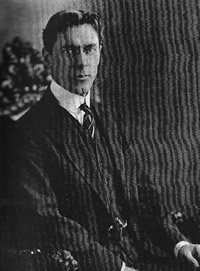 Fleming was born in Xenia, Ohio, and graduated from the College of Wooster. After completing a short-term mission assignment in India, he earned advanced degrees at Columbia University (M.A., physics) and at the University of Chicago (M.S., chemistry). He also studied theology at Union Theological Seminary in New York. In 1904, the Presbyterian Board of Foreign Missions appointed him and his wife, Elizabeth (Cole), missionaries to Lahore, India, where they served for eight years. While on furlough, Fleming completed a Ph.D. at the University of Chicago Divinity School. When family health problems made a return to India impossible, he accepted a position at Union Theological Seminary, New York, serving first as director of the newly established Department of Foreign Service and later as professor of missions (1918-1944). In addition to his work at Union, he lectured widely at other academic institutions and missionary conferences. He also served on the staff of the Laymen’s Foreign Missions Inquiry in India.

Although Fleming had an impact on many through his teaching, his greatest contribution to the Christian mission was through his writing. He wrote or edited twenty-three books and published seventy-five articles. Through his writing he sought to rethink the missionary enterprise in response to the questions raised by biblical higher criticism, the social sciences, and increasing global consciousness. He hoped to build a theory and practice of mission that would be viewed as ethical by thinking people both in the United States and in countries where American missionaries were sent. Whither Bound in Missions (1925) provides the most comprehensive statement of his thinking. His later books, which were more widely recognized, and which were devoted to the cause of world unity, include Each with His Own Brush (1938), The World at One in Prayer (1942), and Bringing Our World Together (1945).

Union Theological Seminary. Exercises connected with the inauguration of the Rev. Daniel Johnson Fleming, Professor of Missions; the Rev. Harry Frederick Ward, Professor of Christian Ethics; the Rev. Eugene William Lyman, Professor of the Philosophy of Religion. At the opening service of the eighty-third academic year at the Seminary, September twenty-sixth, nineteen hundred and eighteen. Together with an address given at the eighty-second commencement, May fourteenth, nineteen hundred and eighteen, by the Rev. Henry Preserved Smith (1918).

Fleming, Daniel Johnson. Places of Power : A Statement of the Opportunities in the Teaching Profession for Christian Men. Lahore: Educational Committee of the American Presybyterian Mission, [189-].

_____. Religious Instruction, Its History and Importance to the Church : A Brief Study-Book for Summer Schools and Teachers’ Classes. Lahore: United Council on Work Among Young People, [19–].

_____. How to Use : A Book of Suggestions to Use with Building with India by Daniel Johnson Fleming. West Medford, Mass.: Central Committee on the United Study of Foreign Missions, 1922.

Fleming, Daniel Johnson, and International Missionary Council. Commission I. The Function of the Ministry in Non-Christian Religions : The Ministry of Hinduism, 1935.

_____. Each with His Own Brush; Contemporary Christian Art in Asia and Africa. New York: Friendship Press, 1938.

_____. What Would You Do? When Christian Ethics Conflict with Standards of Non-Christian Cultures. New York: Friendship Press, 1949.

_____. Living As Comrades: A Study of Factors Making for “Community.”. Studies in Principles and Methods of World Missions, No. 13. New York: Published for the Foreign Missions Conference of North America by Agricultural Missions, 1950.