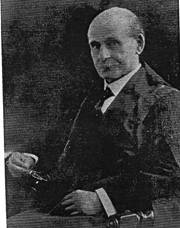 Farquhar was born in Aberdeen, Scotland, and served as apprenticeship as a draper. He returned to school at 21, and completed studies at Oxford. In 1891 he arrived in India as a lay educational missionary for the London Missionary Society, teaching at Bhowanipur, Calcutta, for 11 years. He was never ordained. In 1902 he joined the staff of the Indian YMCA, first as national student secretary and later as literary secretary, a post he held until 1923. During these years he wrote several important books, notably The Crown of Hinduism (1913) and Modern Religious Movements in India (1915), and edited many more. The key word in Farquhar’s missionary theology was “fulfillment.” He did not invent but did much to popularize the idea that Christ came to fulfill and bring to completion not only the law and the prophets (Matt. 5:17) but all the world’s higher religions. It is in this sense that Christ is the “crown” of Hinduism. Farquhar was an excellent linguist in Bengali and Sanskrit and had an encyclopedic grasp of the Hindu source material, as his Outline of the Religious Literature of India (1920) demonstrates. As an editor, he was able to inspire a whole missionary generation to write to the highest standards of accuracy, sympathy, and Christian centrality. He was less successful in finding Indian Christian co-workers, never coming fully to terms with the changed climate of opinion in India after 1919. Having left India because of ill health in 1923, he spent the last six years of his life as professor of comparative religion in the University of Manchester. He died in Manchester.

_____. Not to Destroy but to Fulfil: The Contribution of J. N. Farquhar to Protestant Missionary Thought in India before 1914. Studia Missionalia Upsaliensia V. Lund: C. W. K. Gleerup, 1965.

The additional article below is provided with permission from the International Bulletin of Missionary Research Legacy of J.N. Farquhar