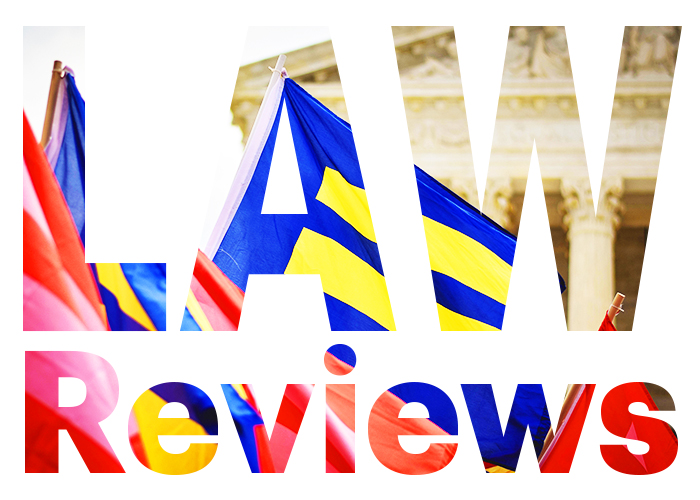 “LAW Reviews” is an opinion series that provides timely commentaries from BU Law faculty on a variety of legal issues. The views expressed are solely those of the author and are not intended to represent the views of Boston University School of Law.

In light of the progress that Americans have made in the past quarter century accepting a spectrum of sexual orientations and gender identities, it is not only disheartening but also surprising that Congress has not passed an amendment to Title VII of the 1964 Civil Rights Act to prohibit employment discrimination on the basis of sexual orientation or gender identity in private as well as public employment. Legislation to extend coverage to sexual orientation discrimination was first introduced in Congress twenty-five years ago. Indeed, it seemed ready to pass, even as extended to cover gender identity discrimination, in the early days of the Obama administration in 2009, until Massachusetts voters chose Scott Brown over Martha Coakley and thereby denied Democrats a filibuster-proof Senate.

In the last decade, enlightened advocates, stymied by conservative Republican control of at least part of the legislative process, have turned to the courts to reinterpret Title VII to extend its coverage. These efforts have culminated in the Supreme Court’s review this term of three Court of Appeals decisions, two of which extended coverage to either sexual orientation or gender identity discrimination.

The Supreme Court’s treatment of these cases will be important. Because of statutes and judicial rulings in most of the more populous states as well as ordinances in almost all of our most populous cities, LGBTQIA+ workers can claim legal protection from discrimination in what is probably a substantial majority of American employment positions. But half of the states still do not have anti-employment discrimination statutes covering either sexual orientation or gender identity discrimination in private employment, and only a federal prohibition offers the kind of comprehensive protection that the LGBTQIA+ community deserves.

No one argues that Congress intended to cover either sexual orientation or gender identity discrimination in 1964 when Title VII was enacted. Instead, advocates of extended coverage claim that as developed by some previous decisions of the Court, the word “sex”—one of five categories protected expressly by Title VII—has an expansive meaning independent of the intent of Congress.

The argument may be stronger for the coverage of gender identity discrimination. The word “sex” has two primary meanings, one referring to a type of activity and the other to a status, roughly the same as gender. Congress intended the latter meaning, thinking of two bipolar genders. Today, we understand that gender is more fluid and acknowledge nonbinary and transgender as well as cisgender individuals. Since Congress intended the word “sex” to equate with gender status, if we can interpret Title VII’s words in light of current understandings of the words’ meaning, we can reasonably claim coverage of gender identity.

Price Waterhouse, however, could be read more narrowly by the current Court. If Ann Hopkins had conformed to the prescriptive stereotype of femininity that Price Waterhouse demanded of her, she may not have even been considered for a partnership because she would not have had a record of securing business without her more “masculine” aggressive personality. As Justice Brennan stated in his plurality opinion, “[a]n employer who objects to aggressiveness in women but whose positions require this trait places women in an intolerable and impermissible Catch-22: out of a job if they behave aggressively and out of a job if they don’t.” A male prescriptive stereotype requiring aggression does not present men with the same dilemma.

Michael Harper, professor of law and Barreca Labor Relations Scholar, is a leading authority in the areas of labor law, employment law, and employment discrimination law.

Photo by Matt Popovich on Unsplash