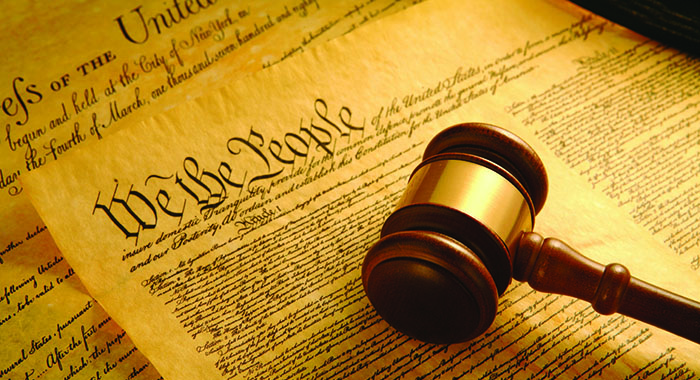 After the US Supreme Court’s first decision on the constitutionality of the Affordable Care Act (ACA), Boston University School of Law Professor Nicole Huberfeld and a coauthor set out to examine how federalism impacted the healthcare law’s implementation—to see how states and the federal government were sharing power in putting the law into place.

But they soon found that the standard principles of federalism didn’t seem to apply neatly. One complication: the sheer variety of ways the states and federal government partnered (or not) to implement the law. The Obama Administration was quite flexible in its negotiations with states, even allowing them to avoid using the law’s name to sidestep association with the federal government—what Huberfeld and coauthor Abbe R. Gluck of Yale Law School call the “secret boyfriend” model of federalism—if it meant progress toward the goal of universal health insurance coverage.

Huberfeld and Gluck’s resulting five-year study raises questions about what purpose federalism serves in healthcare policy and about existing federalism theories. The authors’ findings were published in June by the Stanford Law Review in an article aptly named “What Is Federalism in Healthcare For?”. The interviews conducted by the authors are relayed in a piece published by the Indiana Health Law Review, and future implications are considered in a forthcoming article in the Journal of Law, Medicine & Ethics.

“The goal was to understand the federalism dynamics of the most important healthcare law in a generation,” says Huberfeld, who is also on the faculty of the School of Public Health. “The Affordable Care Act afforded an opportunity to watch this new, ground-level implementation happening in real time.”

The papers also fill a gap in legal research: Most federalism scholars rely heavily on theory while many healthcare scholars tend to focus on detailed data. Huberfeld and Gluck brought both perspectives to their study, which took place between 2012 and 2017. The pair worked with others to track state and federal ACA activity and interviewed government officials who worked on the law’s implementation. They then examined their data through the lens of existing federalism theories, ultimately concluding that concepts like “separate-spheres,” which delineate specific responsibilities for states or the federal government, and “cooperative” were too simplistic.

“The words we use to describe the values of federalism really didn’t seem to apply to what was happening in the implementation of this modern, very broad-based, large-scale experiment in healthcare,” Huberfeld says.

As examples, Huberfeld and Gluck point to the federalism concepts of sovereignty, autonomy, and cooperation: Were states that participated in the federal insurance exchange because they refused to create their own more sovereign or less sovereign than states that “cooperated” and designed their own exchanges, for instance?

Instead of those concepts, Huberfeld and Gluck use descriptors like “pragmatic,” “dynamic,” and “negotiated” to describe the power sharing that has taken place during the ACA’s implementation.

“This paper busts open any standard conception of federalism and nationalism,” says Gluck. “I think this will continue to build a new conceptualization of what federalism is and where it comes from and what it does.”

On healthcare policy, the study revealed that it’s far from clear whether federalism enhances traditional measures of healthcare, such as improved delivery systems, increased access to care, or reduced costs. In fact, it’s not even clear what the goal of federalism in health policy is: Is it merely to preserve state power or is it to produce better health outcomes? Huberfeld and Gluck hope their study will prompt policymakers to consider such questions.

Federalism has been the default mechanism for healthcare for more than a century, Huberfeld says, but “there isn’t really any proof that federalism is a good choice for healthcare policy.”

“I hope that a more thoughtful approach to healthcare reform can come out of this,” she says. “It just seems that we’re doomed to keep repeating the same problems if we aren’t more purposeful in thinking about which level of government is actually better at health policy.”