MIT researcher works with the BU Law Technology & Cyberlaw Clinic to sue the CIA for records related to its Twitter activity.

Updated October 12, 2018: Following oral argument in April, on September 17 the Court found in favor of Dr. Johnson, the MIT researcher, and ordered the CIA to release previously-redacted information and conducted additional searches of records in response to the FOIA request. In a filing in October, the CIA agreed to re-release the redacted records by the end of the month and conduct the additional searches by the end of the year. 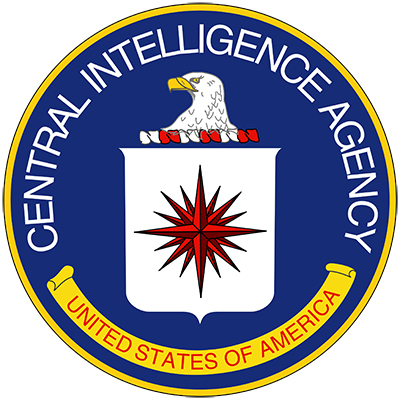 That’s the type of information Dr. Amy Johnson requested in a Freedom of Information Act (FOIA) request sent to the Central Intelligence Agency.

Dr. Johnson was pursuing her PhD at MIT’s Program in History, Anthropology, and Science, Technology and Society when she first approached BU Law’s Technology & Cyberlaw Clinic, a joint venture with MIT. She needed help compelling the CIA to release information for her dissertation research, which examines the government’s use of social media and how federal agencies craft online personas to engage the public.

Johnson was interested in the guidelines the notoriously clandestine and self-serious agency created for a social media account that has been surprisingly playful and funny. In the FOIA request she asked for information about the correspondence the CIA had with Twitter when setting up the account, the documents the agency uses when allocating authority to develop and approve Tweets, and if it was using any third-party tools or programs as part of its operation of the account. She made similar requests to other government agencies, including NASA and the Environmental Protection Agency, but the CIA is the only one that refused to answer.

The case was one of the first projects the Technology & Cyberlaw Clinic took on after its launch at BU Law in 2016. Dr. Johnson had been a client of Director Andrew Sellars’s in his previous position with the Berkman Klein Center for Internet & Society at Harvard University, and she contacted the clinic to discuss the roadblocks the CIA presented to her research.

She filed the FOIA request in December 2014, roughly six months after the CIA joined Twitter as @CIA and sent out its first Tweet, a joke: “We can neither confirm nor deny that this is our first tweet.” (@CIA, June 6, 2014).

We can neither confirm nor deny that this is our first tweet.

Dr. Johnson spent three years trying to work directly with the CIA with little progress, so the clinic filed a lawsuit in May 2017. Since then, they have been in and out of court trying to force the agency to release the records. They received an initial batch of documents, but have continued to push for more, believing that the agency overlooked some searches and redacted some material improperly.

“With FOIA, you try as much as possible to keep it out of court… and you want it to be a simple process,” Sellars says. “There are only a very few things that the CIA would have to do at this point to completely close out this case. It’s just that they have refused to engage us on this point and so we felt that we had to compel them to do so. It is, at the end of the day, her right to have this information.”

The team of students working on the case with the clinic—Audra Sawyer, Darija Micovic, Lindsay Ladner, Mandy Wang, and Katherine Welch (all ’18)—spent their 3L year researching the law around FOIA requests, corresponding with the CIA, and strategizing ways to move the case toward resolution. After the CIA filed a motion to have the case thrown out, the clinic drafted an opposition to that motion, which culminated with Ms. Sawyer representing Dr. Johnson in an oral argument at the US District Court for the District of Massachusetts in April, just a few weeks before her graduation.

“It was a great experience,” Sawyer says. “I was pretty nervous at first, but once I started talking… all of that practice really came together and helped me run through everything smoothly.”

To help Sawyer prepare to appear in front of a judge, the team worked with Sellars to develop the most effective argument to convince the court that the CIA should produce these particular records. Once the structure of the argument was settled, Sellars tapped Boston-area attorneys familiar with FOIA law and Clinical Associate Professors Mary Connaughton and Naomi Mann, of the Civil Litigation Program, to advise and serve as moot judges in several practice rounds.

“She did a fantastic job,” Sellars says. “There’s a lot of preparation that goes into [a court appearance], and the whole team did a great job with the written material and the trial prep. I was very proud.”

With experience in court and working directly with a client as a student-attorney, Sawyer now feels well equipped to begin her position with the patent counseling & prosecution team at Cooley LLP in Palo Alto, California. “I had no experience with litigation or with FOIA,” she says, “so having to catch up on something quickly and preparing for something so exciting was amazing.”

The case, Sellars notes, has raised some novel questions about FOIA requests in the modern age. “Dr. Johnson is one of the first people we’ve seen who has litigated cases involving requests concerning government social media,” he says, “and there’ve been some interesting questions that have come up about how FOIA applies to social media.”

“Things like how we should think about which records are the government’s when it comes to a Twitter account, and can you request information about how the government has set up a Twitter page? The language and spirit of FOIA clearly show that requesters should have access to that information, but because it doesn’t happen all that often we are some of the first to push for that.”

In the next couple of months, the court will make its ruling, and the Technology & Cyberlaw Clinic will determine the best path forward with a new team of students to continue the work. “The clinic’s mission is to provide legal support to people doing research and doing innovative things,” Sellars says. “This case exemplifies a researcher who needs the law to help further her work.”

Reported by BU School of Law