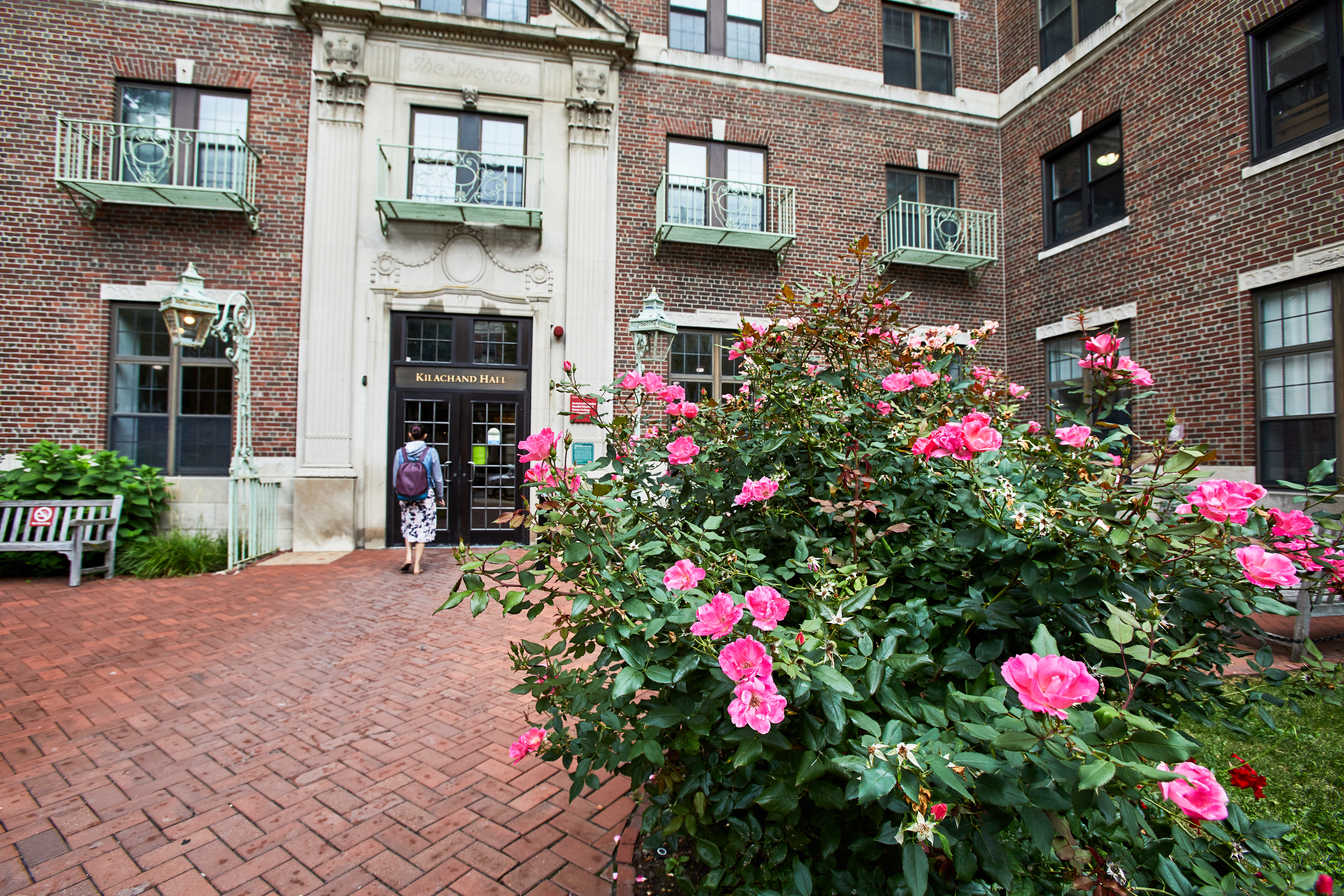 Recent Kilachand graduate Bayley Connors (CAS ’20) explains his research on how public policy shortcomings, like the Child Tax Credit, only exacerbate economic inequality for children in the US.

The work of BU anthropologist Cheryl Knott and her drone-flying son Kilachand student Russell Laman (CAS ’22) featured on the BBC.

The work of Cheryl Knott, a BU anthropologist and Kilachand Professor, and her drone-flying son, Kilachand student Russell Laman (CAS ’22), is featured in the BBC’s Seven Worlds, One Planet.

At a recent Boston University conference titled “The Role of the University in the Crisis of Forced Displacement,” Nicole Rizzo, a recent graduate of Boston University who was also a Kilachand Honors College student, directed a staged reading of Syrian playwright-filmmaker Liwaa Yazji’s Question and Question, a work based on Yazji’s interviews with displaced Syrian women.

In this article, Kinh Vu, Kilachand Faculty-in-Residence and College of Fine Arts assistant professor of music, talks about the power of music education and shares his experience making music in an orphanage in his native Vietnam.

Kilachand’s very own Director, Carrie Preston, was featured in a recent article from Bostonia: “The Transformers. Meet seven researchers who are impacting, and in some cases, revolutionizing, the human experience.” Read the full article to learn about how Dr. Preston is studying a humanitarian crisis through the lens of performing arts.

Kilachand junior, Erin Tichenor, has won the College of Arts and Sciences Department of Sociology’s annual Best Seminar Paper Prize for 2018. Erin, a sociology major with a minor in African American Studies, received the award for her paper “The 19th Century Criminalization of the Māori in Aotearoa New Zealand”. Congratulations, Erin!

For three-plus hours on the last Sunday in April, 75 Kilachand students, broken into groups of four or five, offer solutions to real or potentially real health conundrums, including bioterrorism, the refugee flood from Syria’s civil war, soaring suicide rates among Canada’s Inuit people, and improving Boston’s program for training a more diverse workforce in health care.

BU Today: A Performance at the Intersection of Theater and Activism

Nicole Rizzo’s play about sexual trauma inspired by Eve Ensler’s Vagina Monologues debuts tonight, and the timing is right. As the #MeToo movement exposes the breadth of sexual violence and harassment nationwide, To Stop Treading Water: Monologues That Challenge the Undertow of Trauma looks at how seven fictional university students cope with sexual violence.

Students admitted to Kilachand Honors College also average in the top 3 percent of their class, with 3.9 GPA and 1515 SAT (33 ACT) averages.

Carrie Preston is a scholar who blends academia and activism (one of her class assignments led to the creation of BU’s Sexual Assault Response and Prevention Center). “I hope to build on the existing strengths of Kilachand as a residential learning community offering energetic, high-achieving students the opportunity to enhance their already excellent undergraduate experience at BU,” says Preston.