About the Lecture Series

The Elie Wiesel Memorial Lectures offer the campus community and the wider Boston-area public opportunities to hear internationally-renowned speakers on subjects ranging from the Bible to modern Jewish thought and literature.

The lectures are held on three non-consecutive Mondays, echoing the annual “Encounters with Elie Wiesel” lectures that were an important fixture on the BU campus and across the area. Each lecture in the series ties to an overarching theme. The inaugural Fall 2018 Elie Wiesel Memorial Lectures was devoted to the memory of Kristallnacht, the German government-sponsored act of mass violence against the Jews in 1938 that heralded the destruction of European Jewry. The lectures provided an opportunity for us to consider not just what happened then, but what we ought to learn from the past and how to apply the lessons of the past to today’s time.

2019 Series: Writing from a Place of Survival 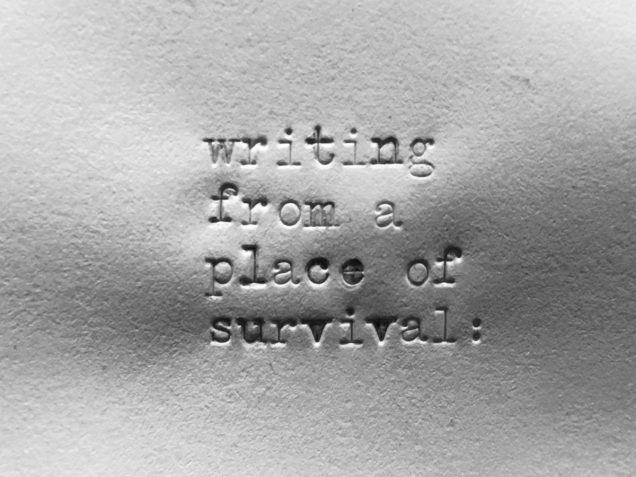 As few adult survivors of the Holocaust remain alive today, our attention shifts to child survivors who, in their life and work, attest to a traumatic past they experienced as children or infants. Their tales provide a window into the difficult aftermath of the trauma of persecution and genocide. Rabbi Polak is the author of a harrowing account of his family’s deportation from the Netherlands to the Nazi concentration camp at Westerbork and spoke to the difficulties of living with traumatic early childhood memories. Rabbi Polak also shared of what he learned over many years of friendship with Professor Wiesel. He was interviewed by Dr. Henry Knight, Professor Emeritus of Holocaust and Genocide Studies at Keene State College in New Hampshire.

Reflections on the evening from EWCJS Director Michael Zank on the EWCJS Blog.

About the Speaker: Rabbi Joseph Polak is the author of After the Holocaust the Bells Still Ring (2015). He is an Adjunct Assistant Professor of Health Law, Ethics & Human Rights at Boston University School of Public Health and rabbi emeritus of the Hillel House at Boston University. R. Polak also serves as Chief Justice of the Rabbinical Court of Massachusetts. 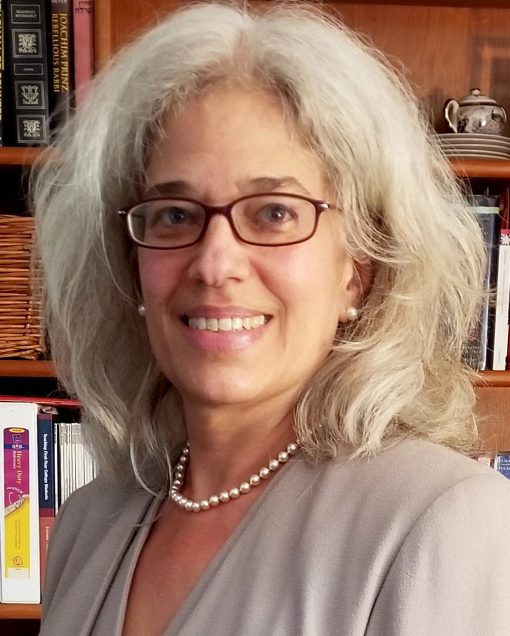 Listen to WBUR’s recording of this lecture:

Primo Levi’s Is This a Man was one of the first memoirs of an Auschwitz survivor to reach a global readership. The book remains relevant because of the profound question Levi asks in light of the hell of Auschwitz: what does it means to be a human being? Prof. Portnoff’s lecture explores the echoes of Dante’s Inferno in Primo Levi’s writing.

About the Speaker: Sharon Portnoff is the Elie Wiesel Associate Professor of Judaic Studies at Connecticut College, where she directs the Jewish Studies program. Professor Portnoff is a specialist in philosophical and literary responses to the Holocaust, especially the work of German-born Jewish philosopher Emil Fackenheim and the writings of the Italian chemist and Auschwitz-survivor Primo Levi. The working title of her forthcoming publication is War and Memory: Virgil, Dante, Levi and the Western Canonical Tradition.

November 18: Loung Ung “First They Killed My Father: A Daughter of Cambodia Remembers” 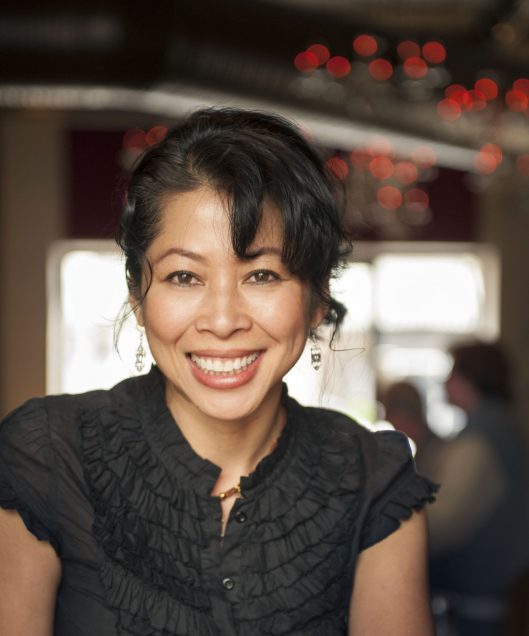 American-Cambodian human rights activist Loung Ung concluded the Elie Wiesel Memorial lecture series on Monday, November 18. From 1975 to 1979, 1.7 to 2 million Cambodians, a quarter of the country’s population, died under the Khmer Rouge regime. One of seven children of a high-ranking governmental official, Loung Ung was only five when the soldiers stormed into her city, forcing Loung’s family to flee and, eventually, to disperse. Orphaned, separated from her siblings, Loung was trained as a child soldier in a work camp for orphans where she was taught to hurt and hate. Harrowing, yet hopeful, Loung’s powerful story is an unforgettable account of a family shaken and shattered, yet miraculously sustained by courage and love in the face of unspeakable brutality. From an innocent chatty girl to a silent child soldier to a bewildered refugee in America, Loung Ung shows that your past does not have to predetermine your future. Through her work, writing and activism, Loung shares how she was able to reclaim her voice, redeem herself, and help many others learn of their own stories.

LOUNG UNG is a bestselling author, activist, and co-screenplay writer of First They Killed My Father, the critically acclaimed 2017 Netflix Original Movie produced and directed by Angelina Jolie, based on her memoir, now streaming on Netflix in 190 countries. The film received the “Hollywood Foreign Language Film Award” at the Hollywood Film Awards in 2017.

Kristallnacht 1938: What happened? What have we learned?

“November 9, 1938: Emotions and Emotional Politics Then and Now, and In-between” with Ute Frevert

Ute Frevert, Director of the Max Planck Institute for Human Development, explored first the emotional politics of the first state-orchestrated pogrom in Nazi Germany, and, second, the emotions it raised among Jewish and non-Jewish Germans. Dr. Frevert went on to investigate the memory culture that emerged after 1945, and concluded by putting Elie Wiesel’s 1989 warning to the test: has the memory of 1938 faded after the German reunification? And what kind of emotions (and emotional politics) have been involved in the process?

Bio: Ute Frevert is Director at the Max Planck Institute for Human Development and Scientific Member of the Max Planck Society. Between 2003 and 2007 she was professor of German history at Yale University and prior to that she taught History at the Universities of Konstanz, Bielefeld and the Free University in Berlin. Her research interests include the history of the emotions, social and cultural history of modern times, gender history and political history. Ute Frevert is honorary professor at the Free University in Berlin, a member of the Berlin-Brandenburg Academy of Sciences and Humanities, the German Academy of Sciences Leopoldina, and the British Academy, and serves on several scientific boards.  She was awarded the prestigious Leibniz Prize in 1998 and the Order of Merit of the Federal Republic of Germany in 2016.

“After Kristallnacht: The Routinization of German State Violence in the East” with Dr. Omer Bartov

Dr. Bartov, Professor of European History at Brown, linked the images we have of November 9 in Germany as the only moment in which there was open public violence against Jews, which supposedly demonstrated that many Germans preferred not to witness such events, to the kind of blatantly public violence displayed by the Germans and their helpers in Eastern Europe. He asked the audience to consider, what does this tell us about German self-perceptions, German and Jewish perceptions of “the East,” and more generally about the nature of the Holocaust? 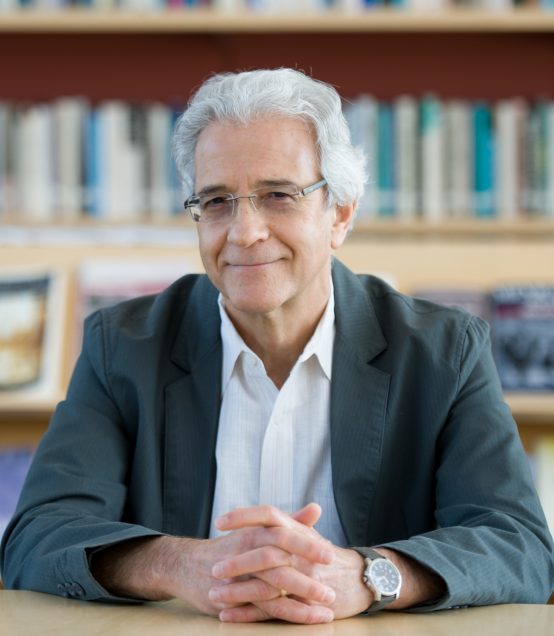 Bio: Born in Israel and educated at Tel Aviv University and St. Antony’s College, Oxford, Omer Bartov is the John P. Birkelund Distinguished Professor of European History at Brown University. His early research concerned the Nazi indoctrination of the Wehrmacht and the crimes it committed in World War II, analyzed in his books, The Eastern Front, 1941-1945 (1985) and Hitler’s Army (1991). He then turned to the links between total war and genocide, discussed in his books Murder in Our Midst (1996), Mirrors of Destruction (2000), and Germany’s War and the Holocaust (2003). Bartov’s interest in representation also led to his study, The “Jew” in Cinema (2005), which examines the recycling of antisemitic stereotypes in film. Bartov’s growing interest in Eastern Europe is reflected in his study Erased: Vanishing Traces of Jewish Galicia in Present-Day Ukraine (2007), which investigates the politics of memory in the borderlands of Eastern Europe. His most recent study is Anatomy of a Genocide: The Life and Death of a Town Called Buczacz (2018), where he traces the transition of an interethnic community from long-term coexistence to genocidal violence. Bartov is currently engaged in researching a new book tentatively titled “Israel-Palestine: A Personal Political History.”

“Lessons from the Past: From Kristallnacht to the Modern Refugee Crisis” with Mark Hetfield

In 2018, the number of refugees and displaced people across the world grew to more than 65 million – more than any time in history. The moment was made all the more critical by recent Executive Orders barring refugees from the United States and the Trump administration’s reduction of the number of refugees admitted to the United States in 2018 to an unconscionably low number. On the eightieth anniversary of Kristallnacht, Mark Hetfield, President and CEO of HIAS, examined how lessons from pre-WWII Germany can inform contemporary discourse about today’s global refugee crisis. 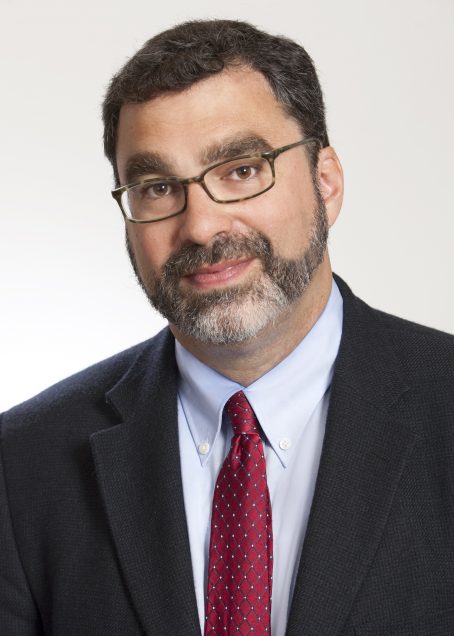 Bio: Mark Hetfield is President and CEO of HIAS, which, founded in 1881 as the Hebrew Immigrant Aid Society, is the world’s oldest organization dedicated to refugees. Mark has led the transformation of the organization from one focused on Jewish immigrants to a global agency guided by Jewish values that assists and resettles refugees of all faiths and ethnicities and is a major implementing partner of the United Nations Refugee Agency and the U.S. Department of State. An expert in refugee and immigration policy, Mark’s 28-year career began at HIAS in Rome and has included five positions at HIAS, as well as posts with the U.S. Commission on International Religious Freedom and the Immigration and Naturalization Service in Washington, D.C. and Haiti. He is a frequent commentator and writer on refugee issues on television, radio, newspapers, and other media outlets. In November 2016, the Forward, the leading national Jewish weekly in the United States, named Mark to its Forward 50, the list of Jews who have “impacted American life” in 2016. In February 2017, under Mark’s leadership, HIAS became the first and only national refugee resettlement agency to file a court challenge against the Trump Administration and its Executive Order implementing a Muslim and refugee ban, a challenge which led to an injunction against the order and is now before the U.S. Supreme Court. Mark holds both a Bachelor of Science in Foreign Service and a Juris Doctor from Georgetown University.