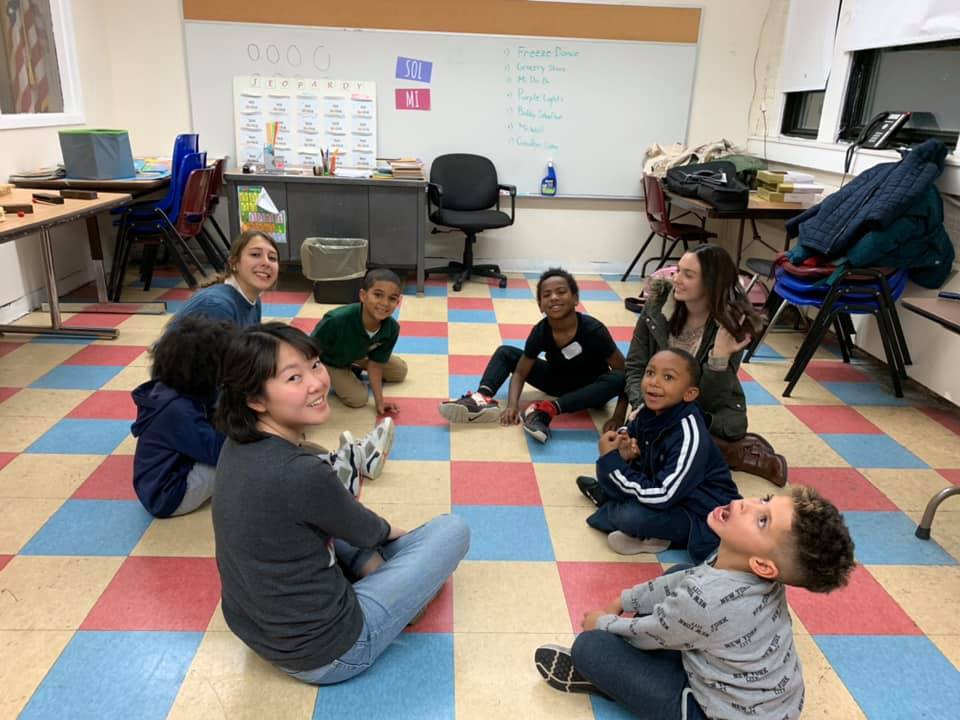 Hannah Hooven (CFA ‘21) and Emma Chrisman (CFA ‘20) are fighting inequality in music education one lesson at a time. Two years ago, they founded Boston After-School Music (BAM) with that goal in mind. Now, they and nine other volunteers teach weekly lessons at three schools and a community center. Dozens of kids who would not have otherwise had access to a music education have been able to receive one.

There is an overwhelming amount of neurological research that points to the benefits of learning an instrument. Music helps sharpen a child’s developing auditory system and makes it easier for them to decipher words in loud environments. It can improve their reading skills and increase their confidence when they confront challenges. One group of researchers even found that music helped reduce stress and pain for children who had just left surgery. Among older students, music builds community and can help them make friends.

Learning to make music is beneficial, but it is also expensive. Resource-strapped schools, like the ones that BAM teaches in, are often unable to afford it. At Trotter K-8, Hale Elementary, and Higgenson Lewis K-8, there is no music education during the day.

Chrisman notes that that is “odd.” She explains that, “from the dominant narrative around how schools are funded in Boston and Massachusetts, you would think that most of these students are getting music through their elementary experience, but that’s not the case.”

BAM started in response to those deficiencies. During her freshman year, Hooven got in touch with a teacher at Higginson-Lewis. Eventually, the teacher allowed Hooven, Chrisman, and two others to perform in a string quartet for the teacher’s class. The children loved it so much that Hooven and Chrisman decided to do something more permanent.

“It’s one thing to like go into a school and play some music and leave,” Hooven says. “I wanted to build something a little bit more ingrained in the school community.”

Providing lessons on traditional instruments like violins and trumpets would be too expensive, so BAM initially opted to teach ukulele and voice lessons. According to Chrisman, “whatever we use in the class is provided by us for free, which is kind of one of our main goals to make this accessible.”

From there, the program expanded via word of mouth. There is no easily accessible data on which Boston Public Schools do and do not teach their students music. Once Hooven and Christman begin working at one school, teachers at that school will refer them to their friends at other schools who then request their help. Through these informal connections, their program has grown.

As their program grew, BAM began to expand their repertoire. They pride themselves on their “student-centered classrooms” that teach students what they want to learn about. Now, they offer xylophone lessons, jam sessions, song writing, and even beat mixing. Their program also received a grant  that will hopefully help them expand even more.

Chrisman is graduating in the spring and Hooven is graduating next year. When asked about where she wanted the program to go, Hooven said that, “We hope that it can become ingrained into the culture of that department.” BU’s College of Fine Arts requires that undergraduates spend time student teaching before they get their degree. They normally work with teachers in well funded, developed programs in suburban schools. “At a lot of the schools we’re working in, you’re learning a different skill-set to work with kids who are facing tougher circumstances,” Hooven says. “That’s a different skill-set then going to the schools we typically go to in our official music education program.”

This post is part of our #BUandBoston series, highlighting the work and research of BU students, faculty, and staff throughout the City of Boston. Interested in having your Boston-related work featured? Reach out to us on Instagram or Twitter using the #BUandBoston, or send us an email at ioc@bu.edu.