Institute Advisory Board members are appointed by the Director in consultation with the Office of the Provost to provide feedback and strategic advice to the Director related to the overall mission of the Institute, its positioning within the university, its relationship to various academic units and programs, and its engagements with external organizations. The board reflects a diversity of leadership experiences, spanning academia, industry, government, non‐profits, philanthropy, and alumni. 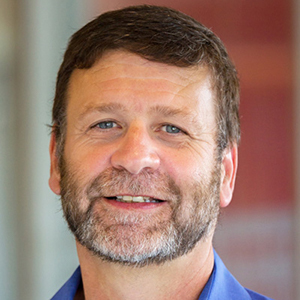 Paul Cormier serves as the executive vice president and president of products and technologies at Red Hat, where he leads the company’s technology and products organizations, including engineering, product management, and product marketing. After joining Red Hat in May 2001 as executive vice president, engineering, he has been instrumental in forging tight partnerships with many leading technology companies. His leadership and experience in enterprise technology has led to the introduction of Red Hat’s acclaimed line of enterprise products, including Red Hat Enterprise Linux®. Before Red Hat, Cormier served as senior vice president of research and development at BindView, helping the company achieve market leadership in 2000. He also previously served on the board of directors at the OW2 (formerly ObjectWeb) Consortium, an independent nonprofit organization that seeks to promote the development of open-source software and grow its community of developers. 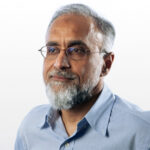 Ashraf Darod, currently president and chief executive officer at Altiostar, holds a strong record of building successful technology companies, capitalizing on his ability to recognize market opportunities and combining it with a keen understanding of technology. Prior to his role at Altiostar, Dahod was senior vice president and general manager of the mobile internet technology group at Cisco Systems, which was created after Cisco acquired Starent Network — a NASDAQ-listed company Dahod co-founded and led as president and CEO — in 2009. An MBA graduate from Harvard University, Dahod earned master’s degrees in electrical engineering and engineering management from Stanford and Northeastern as well as bachelor degrees from the University of Michigan and University of Bombay. 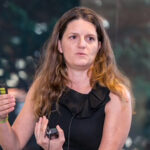 Rania Khalaf is the Director of Engineering at IBM Research AI where she leads teams pushing the envelope in AI platforms to make creating AI models and applications delightful for data scientists and developers. This requires solving key problems at the intersection of core AI, distributed systems, human computer interaction and cloud computing. Some of her recent research projects that resulted in IBM products include the Deep Learning cloud service in IBM Watson Studio and the Career Assistant chatbot MyCa. Prior to this role, Rania served as director of Cloud Platform, Programming Models and Runtimes, working on projects including Apache OpenWhisk, Swift@IBM, API Harmony and Istio, as cloud architect in IBM GTS, and as chief of staff to the GM and CTO of IBM Cloud.  She has published  over 70 research papers and over 10 patents and is the recipient of several awards including IBM’s Extraordinary Research Accomplishment. Rania is a frequent invited speaker and panelist. She has served on the technical program committees of over 20 workshops and conferences and as guest editor of a number of journals. Rania has lived in eight countries, spent a summer teaching kids Computer Science in India and holds a PhD with honors from U. Stuttgart and Masters and Bachelors in EECS from MIT. 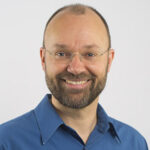 Director of the Center for Data Science & Distinguished Professor of Computer Science, University of Massachusetts, Amherst

Andrew McCallum is a Distinguished Professor of computer science and the founding director of the Center for Data Science at UMass Amherst, where he conducts research on statistical machine learning applied to text, including information extraction, social network analysis, and deep neural networks for knowledge representation. A pioneer in the development of conditional random fields, McCallum is especially interested in information extraction from the Web, and his research is focused on increasing our capabilities in mining actionable knowledge from unstructured text. An ACM Fellow and a AAAI Fellow, McCallum is a widely cited and a prolific author whose research has been supported by many awards from NSF, NIH, DARPA, IARPA, ONR, Google, Facebook, IBM, Oracle, Amazon, CZI, and many others. Prior to his appointment to the UMass faculty, McCallum served in various capacities in industry: first at JustResearch, where he spearheaded the development of statistical text processing technology, and then at WhizBang Labs, where as vice president of research and development he led a 30-person team. McCallum earned his PhD in computer science at the University of Rochester and conducted postdoctoral work at Carnegie Mellon University. 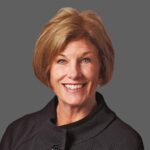 An elected member of the American Academy of Arts and Sciences, Cathy E. Minehan devotes her efforts to corporate governance in a wide array of for profit and not for profit institutions. She was the president of the Federal Reserve Bank of Boston for nearly 14 years and in that role was a member of the Federal Open Market Committee which sets primary money market rates and conditions to support full growth and low inflation in the US economy. After nearly 40 years with the Federal  Reserve System, she left, became the Dean of the School of Management at Simmons College and now devotes her full efforts to boards of a number of organizations. She has served on 4 public company boards, and on the board of one of the nation’s largest mutually held financial firms.  Currently she chairs the audit committee of MITRE corporation, and serves on the board of Bright Horizons Family Solutions.  In the non profit arena, she chairs the board of the Massachusetts General Hospital and serves on the board of the holding company for that hospital, Partners Health Care System.  She is an active board member of and chairs board committees for several other non profits including the BROOKINGS Institution, WGBH and the University of Rochester.  She has chaired the Massachusetts Governor’s Council of Economic Advisors and is currently co-chair of the Boston Women’s Workforce Council. 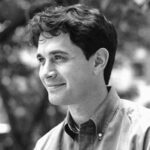 An award-winning computer scientist who has served as the area dean for computer science at Harvard University’s John A. Paulson School of Engineering and Applied Sciences, Michael Mitzenmacher conducts research focused on developing randomized algorithms and analyzing random processes, especially for large, distributed computer networks such as the Web. A prolific author with more than 200 conference and journal publications on a range of topics, he develops mathematical tools and methods to analyze complex systems and uses them to solve problems that arise in real applications. Mitzenmacher is a graduate of Harvard University, with a PhD in computer science from the University of California at Berkeley, and he holds a number of U.S. patents—many in conjunction with esteemed peers and collaborators in the field of computer science— in areas ranging from message encoding and image compression to search engine results ranking. In 2005, he and Eli Upfal, a professor of computer science at Brown University, co-authored a textbook on randomized algorithms and probabilistic techniques; the updated second edition was published in 2017. 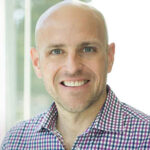 An established thought leader on the craft of product management, BU alumnus Ken Norton—author of the influential “How to Hire a Product Manager” essay—currently serves as a partner at Google Ventures, where he leads investing operations and provides product and engineering support to startups. Prior to joining Google Ventures, Norton was a group product manager at Google, where he led product initiatives for Docs, Calendar, and Google Mobile Maps. Norton, who also has a master’s degree from Rensselaer Polytechnic Institute, joined Google in 2006 with the acquisition of JotSpot, where he was vice president of products. Prior to JotSpot, Norton led product management at Yahoo Search, worked as a software engineer at CNET and was the founding CTO of Snap, which became NBC Internet. 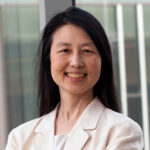 Jeannette Wing has demonstrated intellectual leadership in the field of computer science for more than a decade, building a formidable career in both academia and industry as both an advocate for trustworthy computing and as an expert in fields ranging from security and privacy to formal methods and programming languages. Currently the Avanessians Director of the Data Science Institute and Professor of Computer Science at Columbia University, Wing previously served as the corporate vice president of Microsoft Research, overseeing a global network of research labs. Prior to her work at Microsoft, Wing held positions at Carnegie Mellon University and the National Science Foundation, where she oversaw the federal government’s funding of academic computer science research in the Computer and Information Science and Engineering Directorate. A fellow of the American Academy of Arts and Sciences, ACM, AAAS, and IEEE, Wing holds bachelor’s, master’s, and doctoral degrees from MIT.