People don’t always see Engineering and diversity going hand in hand. Yet, among his own professional and academic accomplishments, Professor Roscoe Giles has made a point to inspire diversity in 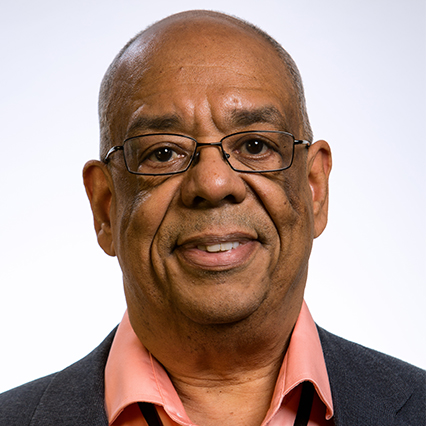 engineering. Giles has been elected a Fellow of the American Association for Advancement of Science (AAAS), for his leadership and major contributions to increasing the participation of underrepresented groups in computing disciplines, particularly via leadership in curricula and organizations which advance inclusion.

Professor Giles is not only a professor in the ECE Department but is also board chair of Associated Universities, Inc., and is chair of the recruitment committee as convened by the BU Office of Diversity and Inclusion. He has also been recognized and interviewed by the History Makers and now can add AAAS Fellow status to his list of accolades.

Giles helped bring the first supercomputers to Boston University, and continues to work towards advancements in parallel computing for scientific simulations. As the longest serving former chair of the US Department of Energy’s Advanced Scientific Computing Advisory Committee, Giles testified before Congress in favor of the Exascale Computing Initiative, which ultimately received funding and should be completed in about 2023.

His work on equity and expanding representation has been a constant in all his professional and academic endeavors. As the first black PhD of the Stanford Physics Department in 1975, Giles and his colleagues put procedures in place to identify and recruit more minority PhD candidates. These procedures led to the Stanford Physics department having produced the largest number of black PhD students in the country by 1999.

The new Fellows of AAAS will be honored at the AAAS Fellows Forum during the 2020 Annual Meeting in Seattle, WA on Saturday, February 15, 2020.

To learn more about Pf. Roscoe Giles and his lifelong advocacy, visit The Brink.