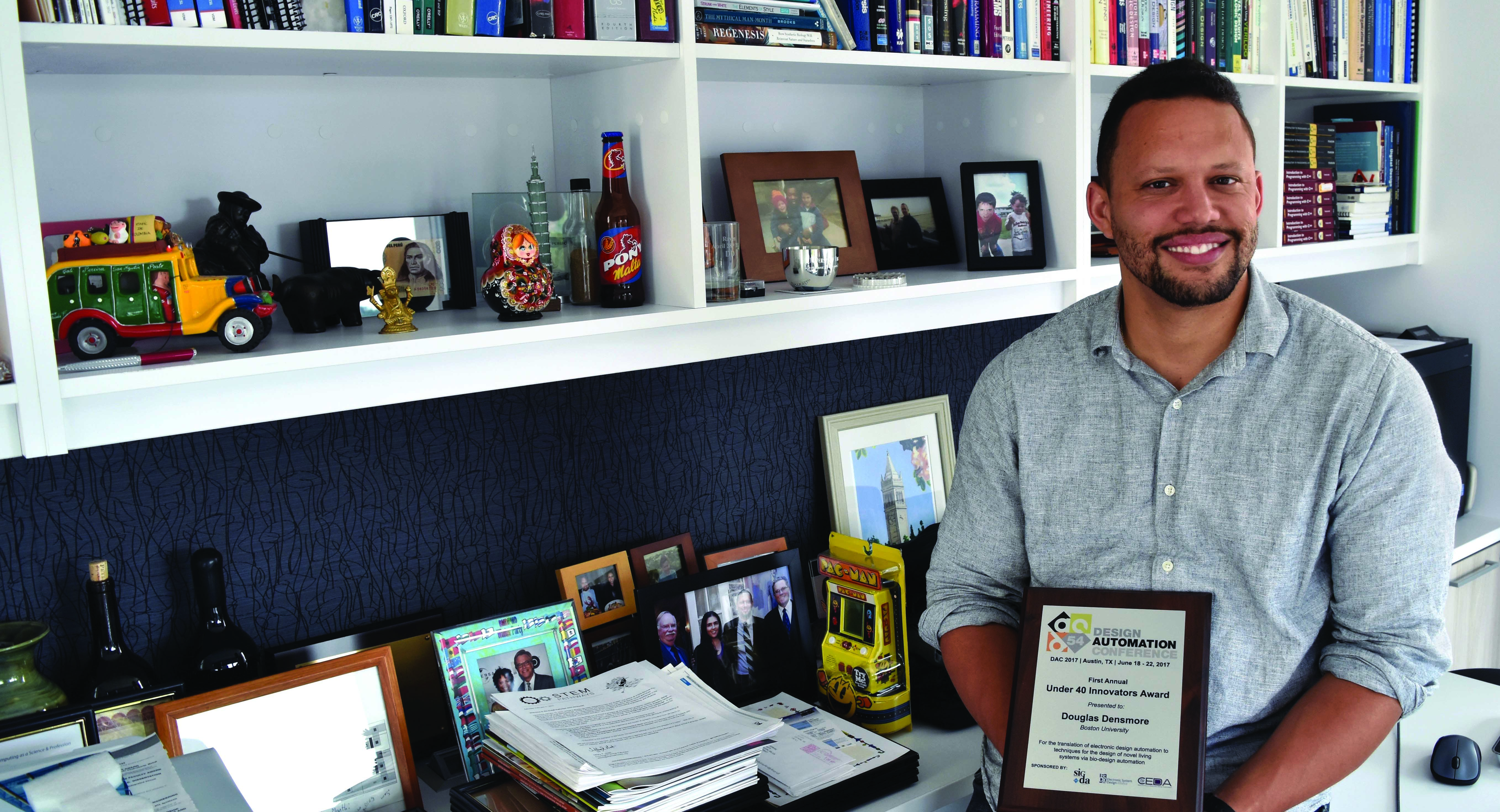 The Design Automation Conference names the top 5 young, global innovators in the field of electronic design automation (EDA). This year, Associate Professor Douglas Densmore is one of two academic researchers to receive the honor. Densmore’s primary appointment is in the Department of Electrical and Computer Engineering. He is a founding member of the BU Biological Design Center.

Densmore’s cutting-edge research has earned him a reputation as a dedicated, influential researcher in the design automation community. He is widely recognized for his work making tools to help create computation in living cells. His research is far-reaching, with applications in biosensors, biomaterials and biomedicine. It uses methods from the area of semiconductor research for electronic computing.

DAC’s Under 40 Innovators Award recognizes design automation innovators in industry, research labs, startups and academia who have made outstanding contributions to the discipline and society. These contributions can include commercial products, software or hardware systems and algorithms.

The Under 40 Innovator award excites Densmore, who has participated in DAC since 2002, for its potential to bring engineering disciplines together. “The award highlights how applicable ECE concepts can be toward BME areas like synthetic biology,” he says.

An accomplished researcher, Densmore holds numerous appointments and awards. He is head of the NSF’s “Living Computing Project” and a senior member of IEEE and ACM. He served as Hariri Institute Faculty Fellow in 2016. His awards include the NSF CAREER Award, BU Ignition Award and BU College of Engineering Early Career Excellence Award. He holds a PhD degree from the University of California, Berkeley in 2007.