Outcomes What happens next?

College is a launching pad for the rest of your life, so let’s make sure you’re going places. Shortly after graduating, 90% of BU’s Class of 2013 were employed or in grad school, fellowships, or the military. Economics grads work in areas like asset management, banking, and consulting, and they land jobs at places like Deloitte, J.P. Morgan, and the US government. They go on to study law, economics, finance, and accounting at prestigious grad schools like Columbia, Harvard, and Yale. And they’ve built careers in business, financial analysis, policymaking, medicine, and law. 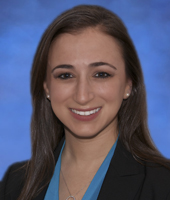 Economics is becoming a young person’s game. “I am young for what I do,” admits Michelle Meyer, a 2004 BA/MA recipient. The Deputy Head of US Economics at Bank of America Merrill Lynch Global Research, a familiar face on Bloomberg and CNBC, and one of Forbes’ 30 Economists Under 30 in 2011, she says “you don’t need to be a gray-haired economist” to get people to listen.

“If you become an expert on a subject and you have confidence in that, and you can present yourself in a way that is confident and clear,” she explains, “you can be successful.”

It also helps to be interested in the right thing at the right time. Michelle began working with the housing market—drawn by its particular interplay of microeconomic and macroeconomic forces—back in 2006. “I’m not going to claim that I predicted that the housing bubble was going to burst and cause the biggest downturn since the Great Depression,” she says, “but it was clear that something unusual was going on.” She continued to focus on the housing market, and, when the crash came, her specialization was in demand.

She also says the preparation she got at BU was a major aid in launching her career. At BU, academically outstanding economics majors can complete a master’s at the same time as their BA, and Michelle leapt at the opportunity. The combined BA/MA gave her a head start—and a chance to prove her commitment and motivation.

Michelle now makes a point of paying it forward, and has helped a handful of alums from the program begin their careers. One is now an economist at Goldman Sachs, “so,” Michelle says with a laugh, “she has reached her goal.”

“She reminded me of myself,” she adds—another confident, committed young economist armed with a BU education. 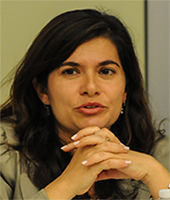 When Julia Frayer returned to Boston University as a panelist for the Master’s in Economics program’s Career Information Meeting, it brought back a lot of memories. The managing director of London Economics International, an economics consulting firm specializing in energy and infrastructure, says she owes it all to BU.

As a prospective undergraduate, Julia planned to focus on law, but in her first semester she took an economics course with Professor Leroy Jones; “it completely opened my eyes,” she says. The economics faculty soon recognized an economist in her, and told Julia about the combined BA/MA program. She dove into master’s work in her sophomore year and received the BA/MA in 1997.

With her combined degree, Julia went on to investment banking, which she says was an amazing learning experience. After a while, though, she wanted a change. Accepted into a prestigious law school, Julia hesitated and called her BU mentor, Professor Jones. “He convinced me, in a very nice way, that it would probably be a waste of some of my economics-oriented capabilities to become a lawyer.” Instead, he told her about London Economics, which would soon open an American branch in Boston.

“I really loved economics and I wanted to be able to apply it,” Julia says, explaining that no job allows that as fully as consulting. She joined London Economics International (LEI) as a partner, and wasn’t disappointed.

LEI specializes in energy and infrastructure, areas that, following deregulation and privatization, are full of “new players coming into the field.” Julia is able to provide guidance—to businesses and regulators alike—using what she learned at BU. “We’ve moved it from the textbook to real life.”

Still, Julia says one thing could be better: she’s the only BU alum at the firm. That led her back to campus and the opportunity to speak to current master’s students. As she continues to make connections with the program, she hopes that new alums will come to LEI, looking for the most direct way to use their economics education. 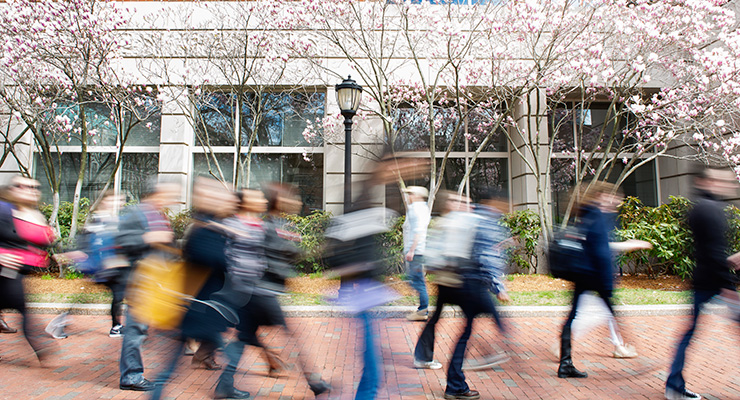 Learn more about hiring our graduates.