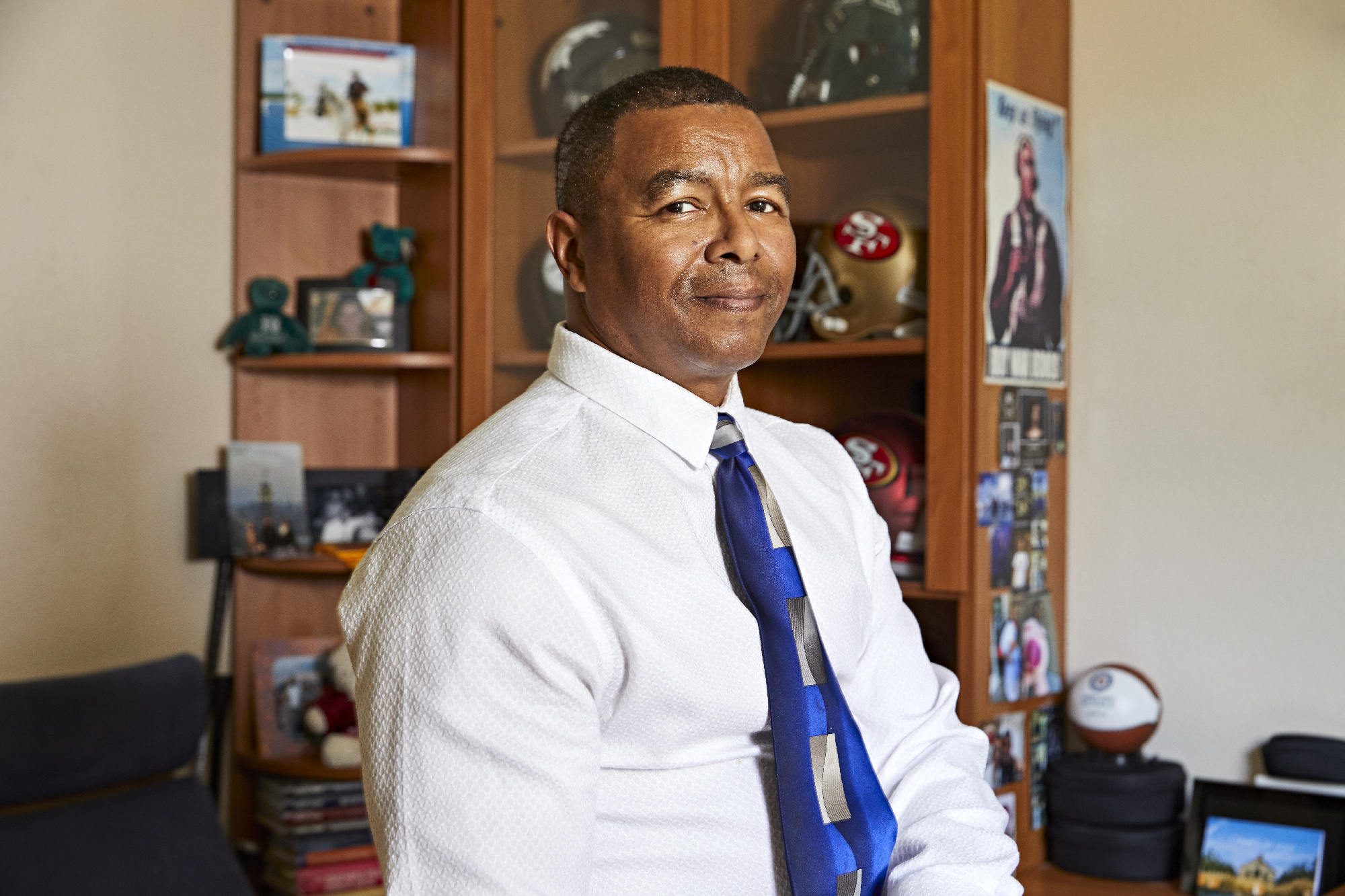 Honoring the history of black dentists in the U.S. while advocating for, mentoring the next generation of dentists of color.

Wallace Bellamy DMD 89 remembers the exact day he decided to become a dentist. It was an oven-hot summer day in Sacramento, and he had a dental appointment sandwiched between two-a-day high school football practices.

“We were in a nice air-conditioned office, nice music playing … and I could watch the procedure [reflected] in the dentist’s glasses,” Bellamy recalled. “He watched me as I was watching him, and at the end of the procedure, he asked if I wanted to come in and shadow him.”

Later that afternoon, Bellamy’s football coach asked the team what they wanted to be when they grew up. One by one, Bellamy’s teammates shared their goals – a professional football player, a baseball player – but when Bellamy’s turn came, he said, “I want to be a dentist.”

At the time, there weren’t many dentists of color in Sacramento, he said, but that didn’t deter him from charting a course into the profession by way of the Henry M. Goldman School of Dental Medicine. (“I loved my time in Boston,” he said. “[I loved] living and working and being educated in such a great city with a great academic history, with all of the other dental schools there that seemed to work in a collaborative spirit and effort.”)

When he returned to the Sacramento area in the early 90s, there still weren’t very many dentists of color in the area: Only about 30 of the city’s 1,800 dentists identified as people of color.

So Bellamy decided to get involved in local professional organizations, including the Sacramento chapter of the National Dental Association, which works to promote oral health equity among people of color and advocate for and mentor dental students of color. For Bellamy – who was, in his own words, a “late bloomer” to leadership – these initial involvements kick-started a career-long engagement with the National Dental Association and its state and local chapters that continues to this day (see sidebar).

“It’s important to remember the history of black dentists in the United States,” Bellamy said of his involvement with the NDA, which was founded 120 years ago by Robert T. Freeman as the Washington Society of Colored Dentists. “As recently as the [mid-to] late 1960s, dentists of color couldn’t belong to the American Dental Association… So we had our own.”

The racial and ethnic diversity of the dental field has increased since that hot summer day when Bellamy first decided to pursue the profession, but there is still room for improvement. Nationally, about 8 percent of dentists identify as Black/African American or Hispanic, according to the U.S. Bureau of Labor Statistics. Of students who entered dental school in 2018, only 5.3 percent were Black/African American and 10 percent were Hispanic/Latino, according to the American Dental Education Association (ADEA). While the percentage of entering Hispanic/Latino students has almost doubled since 2000, the share of Black/African American students increased only incrementally.

Bellamy believes that it is important for patients to feel like their oral healthcare providers understand their specific needs. And sometimes, particularly for patients who have been marginalized in the past, that can manifest as a desire to be treated by someone who “looks like them,” according to Bellamy. That’s why, according to Bellamy, it is important for clinicians to have a holistic understanding of the community they’re treating.

“You don’t necessarily have to be the same ethnicity, but you have to have either lived in or studied in or understand the area,” he said. “You can’t just go in and treat the area. You’ve got to treat people, not teeth.”

One barrier to expanding the pipeline of dentists of color is that, in many cases, young people of color don’t necessarily have anyone who “looks like them” to follow into the profession, said Bellamy. Through his work with the National Dental Association and other related organizations, Bellamy has reached out to students, particularly high school age or younger, with the goal of exposing them to possible careers in dentistry or other medical fields.

“It’s always great to see somebody who looks like you, doing some of the things you would like to do – or never even thought about doing before until you actually saw that person,” he said. “I always make myself available to be a mentor to these students, because they’re hungry for knowledge, they’re hungry for acknowledgment, they’re hungry for encouragement.” 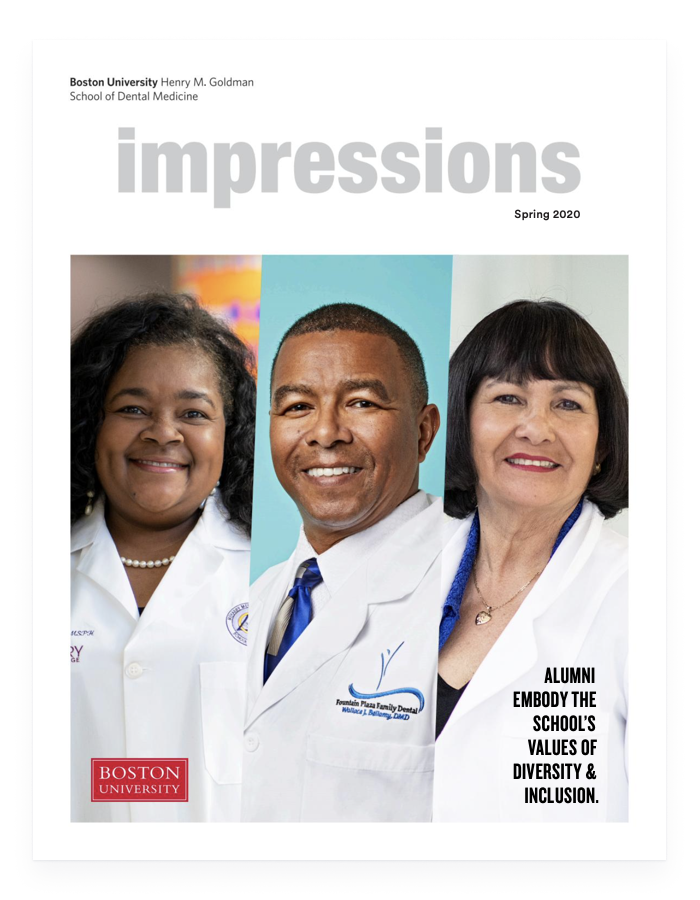