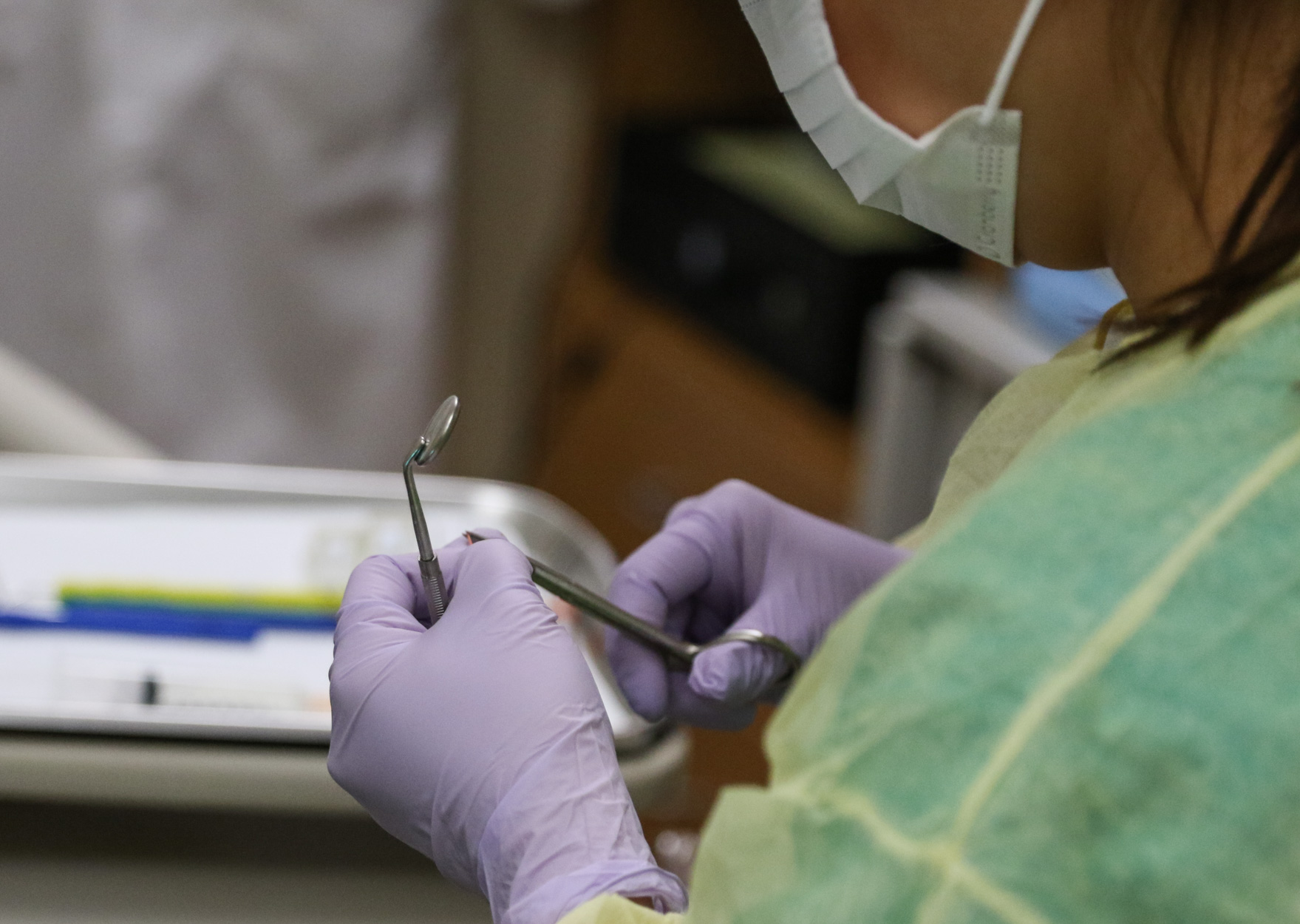 Bernadette Ponce had a problem.

One of her fillings had fallen out, and there was a gaping hole in her tooth.

“It was nerve-wracking,” she said, as she imagined what might have happened had she not sought dental care—including getting something stuck in the tooth or having an abscess form.

The three schools provided over $59,000 of care to patients, all of whom were pre-screened and pre-selected based on need. This was almost $20,000 more than the initial estimates.

“As an endodontist myself, I know how important it is to save a tooth, rather than removing it,” said Dean Jeffrey W. Hutter. “I certainly am very proud of our Department of Endodontics, and I extend my thanks to the AAE for organizing and putting on this wonderful event.”

The event was part of the AAE’s Worth Saving campaign, which emphasizes the importance of saving natural teeth and seeking endodontic care. In March, the AAE held a contest spotlighting four natural landmarks from around the country, asking people to vote on which one they felt was most “worth saving.” Boston’s Charles River Esplanade, preserved by the Esplanade Association, won the contest and with it a $20,000 donation from AAE, as well as $30,000 in donated endodontic care for Boston area residents.

As patients entered the school, they checked in and were escorted by staff to the second floor. After a screening, two residents performed the endodontic procedure. Faculty members were on hand to assist if needed. At the end of the procedure, patients received a goody-bag.

“I thought [the event] went well,” said Dr. Tun-Yi Hsu, assistant professor of Endodontics and clinical director, Advanced Education Program in Endodontics. “We had a high turnout for participation, and I think it has been a great experience for both the patients and the residents.”

Dr. Taylor Cook, a second-year endodontics resident, said that he thinks giving back to the community through events is a vital part of the healthcare field.

“You want to help people in any way you can,” he said. “Even helping a few people—especially the ones that need it—is such an impactful thing. It means a lot to me and I know it means a lot to the patients and to the community.”

For Ponce, receiving free dental care was a perk—but she said that she also enjoyed being able to contribute to the resident’s education.

“It’s a win-win,” she said of the event. “This gives people in the community and the students an opportunity to get what they need done.”