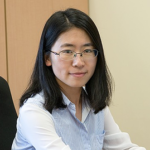 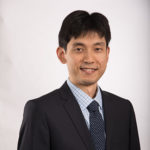 Toshi Nishimura’s group studies Solar wind-Magnetosphere-Ionosphere-Thermosphere interaction of the Earth using NASA’s satellites and ground-based imaging and radar observatories. The research topics include aurora, plasma and electromagnetic energy transport, magnetic reconnection, ion-neutral interaction. His group identified the sequence of events leading to substorm auroral onset, which had been a long-standing debate over 40 years in the magnetosphere-ionosphere coupling community and became a potential resolution to a long-standing debate in the substorm community. They have also investigated the cause of a certain type of aurora, called pulsating aurora. Although different wave modes had been discussed in the community, he uniquely determined by using a cross correlation method that the lower band chorus waves are the mode of waves for driving pulsating aurora. This discovery has been published in the journal Science and highlighted by news media. Other recent highlights include auroral responses to the solar wind, magnetic reconnection dynamics, plasma flow-neutral wind interaction, and polar cap dynamics. 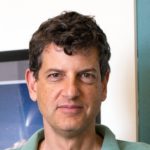 Computational and theoretical space plasma physics; dymanics of the E-region ionosphere; particle-wave interactions in the auroral ionosphere and magnetosphere; physics and observations of meteoroids and meteor plasmas

Professor Oppenheim studies space plasma physics using supercomputer simulations, theory, and data. He works on a range of topics, including ionospheric and solar collisional plasmas, particle-wave interactions, and the physics of meteor trails. In 2016, he has been working to incorporate the important effects of ionospheric turbulence into planetary scale simulations of the coupled magnetosphere, ionosphere and atmosphere. He has also been trying to model wave heating of the solar chromosphere. Most recently, he has also been working on understanding the effects of UV photoelectrons on the ionosphere and their observational consequences. Improving our understanding of these systems enables us to better characterize energy flows in the upper atmosphere. 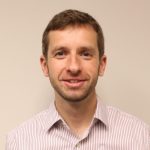 Our group conducts research in experimental space physics and space technology. The underlying goal of the group is to understand the transfer of mass, momentum, and energy from the sun into the Earth’s space environment. We’re particularly interested in coupling of energy through the Earth’s magnetic boundary or the magnetopause.

The research is conducted primarily through space-based sensors, some on large NASA and ESA missions, and some on small satellites developed in-house at BU. Our group is involved in building different sensors including tools for soft x-ray imaging as well as other compact and low resource devices. In addition to sensors, we develop small satellites and small spacecraft technologies, enabling advanced measurements in new areas of space.

Check out some of the work done by Professor Walsh’s Research Group here.