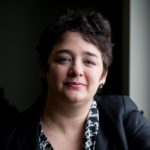 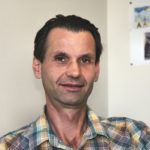 Dr. Zieger’s specializations and research interests include space weather and space climate, the coupled interaction of the solar wind with planetary magnetospheres and ionospheres. Global magnetohydrodynamic (MHD) simulation of Saturn’s magnetosphere and the magnetosphere-ionosphere coupling in Earth’s paleomagnetosphere. Modeling of solar wind propagation from 1 AU to the outer planets and Pluto and reverse solar wind propagation to Mercury. CLUSTER and THEMIS multi-scale analysis of reconnection and dipolarization events in the Earth’s magnetotail, including particle acceleration at plasma jet fronts. Global multi-ion multi-fluid MHD simulations of the heliosphere and its interaction with the interstellar medium to support the Voyager and IBEX missions. Dispersive shock waves and magnetosonic turbulence in multi-ion plasma and its application at the termination shock, in the heliosheath, and in planetary magnetosheaths.