30th Anniversary of the Center for Space Physics

June 2018 marked the 30th anniversary of the Center for Space Physics (CSP) at Boston University. Since its inception, the Center has become a world-renowned cornerstone for expertise in heliophysics, Earth’s environment, inner and outer planetary science, and beyond. Over its lifetime, the CSP has been home to a large number of graduate students, postdocs, and researchers.

We invited all current and alumnae CSP affiliates back to Boston for a 2.5 day celebration and forum on current research from June 13th-15th. Research Talks spanned topics including but not limited to – Small Satellites at BU, Water Escape from Mars, Simulations of ISR temperature measurements, and Fast magnetosonic waves in Earth’s radiation belt.

Click here to view a slideshow of images through the years and an overview of the work done at CSP since 1988. 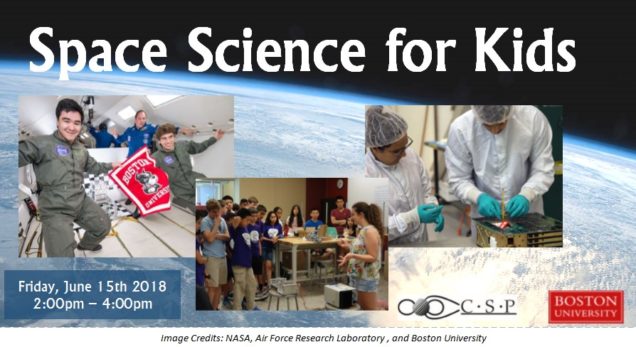 On June 15th, 2018 CSP opened its doors to local schools and kids ages 10+ who are curious about space and science for an afternoon of learning as a part of its 30th Anniversary celebrations. Events included interactive experiments, posters, and opportunities to interact with scientists at different stages of their careers.

Space Science for Kids was a collaborative effort between staff, faculty, and students from the Departments of Astronomy, Mechanical Engineering, and Electrical and Computer Engineering. Booths ranged in topics, covering optics, rocket launches, and many aspects of exploration of the solar system. 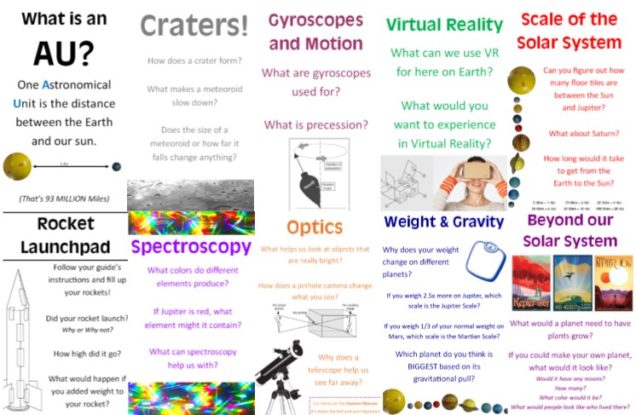 Take a look at our lab booklets and map of the universe here! 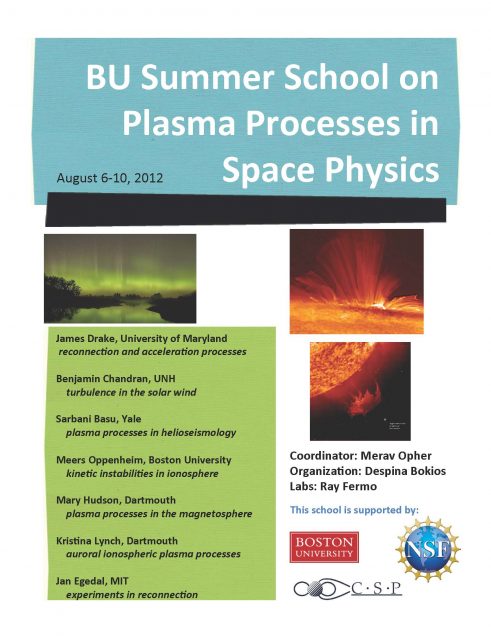 The 2012 & 2014 Summer Schools in Plasma Processes was held at the Boston University during August 5-11, 2012. The summer school offered an intensive one-week course in the most challenging plasma processes in space physics. The school was intended for graduate and advanced undergraduate students interested in solar and space physics who might wish to pursue a career in space physics, solar physics or related fields. Active scientists gave lectures in major topics in plasma in space physics. Topics covered included reconnection, turbulence, kinetic instabilities and shocks. On the last day there was a round table of women scientists working in space physics.