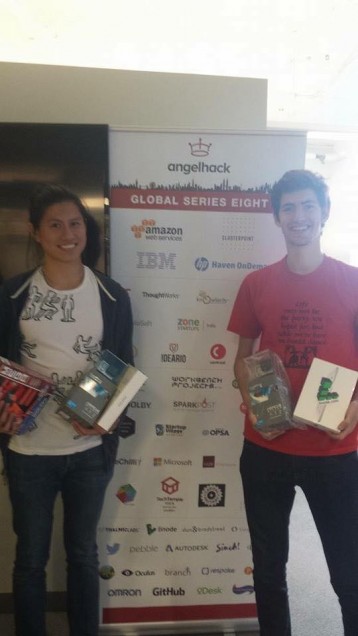 Two Boston University Computer Science students, Ben Lawson (CAS ’17) and Tim Lim (CAS ’17) and two MIT students Amin Manna (’17) and LaGrassa (’18) walked away with over $3,000 worth of prizes on June 6-7 at AngelHack Boston for their project titled “Pursue Happiness”. In 24 hours, they hacked together a project that analyzes public tweets in the city of Boston to plot the shortest path between two user defined points – minimizing distance but maximizing happiness. They competed against just under 100 people in 30 teams and won two of the five top prizes (Best Use of HP Haven OnDemand API and Linode services prizes) Here’s a link to the project (http://45.33.85.238)

By Keziah Zimmerman CS Professors Bryan Plummer and Kate Saenko, in collaboration with...

Greg Ryslik, who was a CS part-time lecturer during the Spring 2020...

CS Ambassadors Organize a Splash Event Unlike Any Other