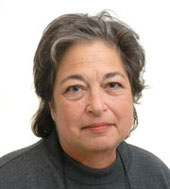 Dr. Bernstein, Professor of Community Health Sciences (SPH) and Emergency Medicine (MED), has been a nurse and public health professional for the past 25 years. She has worked with both inner-city and rural communities to develop comprehensive integrated approaches to women’s health. Dr. Bernstein holds an MSN in psychiatric nursing and a doctorate in health policy. She is certified in reproductive endocrinology and infertility, and in recognition of her critical role in the development of this nursing specialty, was the 1995 recipient of the prestigious NCC award. Dr. Bernstein’s current research activities focus on prevention strategies for adults and adolescents, HIV/STD research, and ‘in-reach’–peer model interventions to bridge the cultural, language and knowledge gaps between patients and providers. Dr. Bernstein was a member of the Committee on Ethics of the American College of Obstetricians and Gynecologists for 15 years, and is currently on the Ethics Committee of Advanced Cell Technology (among the first therapeutic stem cell research units to bring animal research to a clinical trial). Dr. Bernstein represents the department on the BUSPH Research Committee. 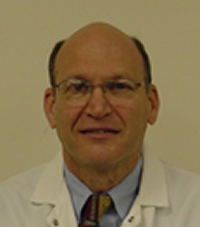 Dr. Tinanoff received his dental degree from the University of Maryland in 1971. After receiving his certificate and Masters Degree in Pediatric Dentistry at the University of Iowa, he spent another year at the V.A. Hospital in Iowa City in a research fellowship. Dr. Tinanoff’s two-year military service was at the Army Institute of Dental Research at Walter Reed Army Medical Center. For 23 years he was at the University of Connecticut Health Center where he was director of the Pediatric Dentistry graduate program for 16 years. In 1999, he became Chairman of the Department of Pediatric Dentistry at the University of Maryland. In 2003 he became Chairman of the Department of Health Promotion and Policy, which includes Pediatric Dentistry, Dental Hygiene and Community Dentistry. Dr. Tinanoff has authored or co-authored over 120 full-length publications, primarily on fluoride mechanisms, antimicrobials, caries risk factors, early childhood caries and prevention. His current interests are concerned with and preventing dental caries and oral health access in underserved child populations. Dr. Tinanoff brings over three decades of experience in pediatric dentistry and extensive research experience in the area of Early Childhood Caries (ECC) to this project. 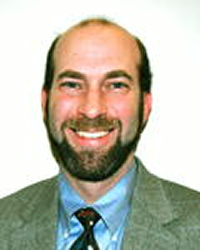 Dr. Paul Geltman is Associate Professor of Pediatrics at the Boston University School of Medicine. He serves as Medical Director of the Refugee and Immigrant Health Program, Massachusetts Department of Public Health. He practices primary care pediatrics with the Cambridge Health Alliance where he is also the medical liaison for inpatient child and adolescent psychiatry.

Dr. Geltman is a graduate of Princeton University and received his M.D. and M.P.H degrees from the George Washington University School of Medicine and Health Sciences. After his pediatric residency at the Floating Hospital for Children in Boston, he completed a post-graduate academic fellowship in child advocacy and community pediatrics, with a focus on immigrant and refugee children, at Boston Medical Center (then Boston City Hospital). His academic work has produced wide-ranging publications focused on the health issues of low-income children and refugees, in particular prevention of iron deficiency and lead poisoning as well as oral health. They include the most extensive report on lead poisoning among refugee children in the U.S. and a nationwide study of the health status outcomes of the unaccompanied refugee minors known commonly as the “Lost Boys” of Sudan.

Dr. Geltman has worked in clinical, policy, and public health settings with refugee populations resettled in Massachusetts, as well as in Rwanda. For the Refugee and Immigrant Health Program, Dr. Geltman oversees clinical aspects of the Commonwealth’s statewide health screening program for newly-arriving refugees and other related public health programs.