Last Month, CPT Today Editor, Amy McLaughlin-Sheasby, reached out to Nikki Young to talk about the impact of COVID-19 on her work as a minister in Boston. Nikki just completed her second year in the Practical Theology PhD program at Boston University School of Theology, and also serves in ministry at Union Church. 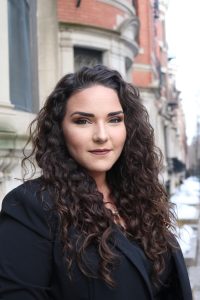 Amy: You are a PhD student in Practical Theology, but you are also a minister at a local congregation, so we are grateful for the opportunity to hear your unique perspective on ministry during this time of crisis. Could you begin by telling us about your church?

Nikki: Sure. Union is a vibrant faith community in the South End of Boston, that for over two-hundred years has remained committed to justice and liberation. Union is the first historically black United Methodist Church to become reconciling, which happened in the year 2000. The congregation itself emerged out of the struggles of slavery, and has developed and grown over time to be a really strong advocate, particularly in the South End, but also in the Greater Boston area as well. Union is a strong community of dedicated people, who worship in a building that now sits in a gentrified area of Boston, so we find ourselves in a place where our very DNA is multicultural, and incredibly diverse. So, while we stand in this African-American tradition of worship, we are now in a position where this history and tradition informs the way we think about intersectional justice. It’s really important to us, especially as United Methodists at this time. We are deeply committed to sharing stories, hearing stories, and developing new liberative narratives that actually serve as a witness, not only to our denomination, but the world.

Amy: When did you first get involved, and what is your current role?

Nikki: I first became involved at Union as a seminary student in my master’s program. Someone who is currently on the ministerial staff was in my orientation group at the School of Theology, and invited me to attend. So, I started worshiping for a year, did contextual education for the following year, and then was hired on staff shortly after. Now I serve as the Assistant Pastor at Union where I work with our lead pastor, Rev. Dr. Jay Williams, who is an elder in the United Methodist Church.

Amy: One of the reasons I reached out to you for this interview is because I follow your work closely as a friend and colleague, and I have seen you share on social media about how Union is adapting to COVID-19. How would you describe Union’s response to the pandemic, and how has the pandemic impacted your ministry?

Nikki: There’s a phrase that the saints used to say: “We’re gonna love everybody and we’re gonna treat everybody right.” I would say that has been our starting point for all of the ways in which we read scripture, do worship, engage in mission, etc. And I’m saying this particularly aware that the earliest phases of reopening Boston have involved reopening churches. I’m also aware that there have been faith leaders and colleagues here in Boston who have advocated for that to happen. At Union, we understand that people are vulnerable and that we have a responsibility to one another first and foremost, not just as Christians, but as human persons. So for us, it has been incredibly important to think about how we want to adapt in ways that keep people safe while also cultivating a spirit of worship in a new way.

Our plan, first and foremost, is to keep our people safe. We are not interested in returning to “business-as-usual” if it means putting those most vulnerable at risk. Instead, we have begun exploring even more ways to get folx the resources they need to stay healthy, safe, and connected. For us it’s an act of faithfulness to stay closed. We have, and will continue to meet for worship on Zoom for as long as we feel we need to.

Amy: What have you observed about your congregation over the last couple of months as you all have adapted your worship practices, and embraced virtual platforms?

Nikki: One thing that I have observed is the way this situation deeply illuminates that the church is far more than a building. I have also observed how congregants and leaders at Union, whose gifts have not regularly been put to use in church services in the past, are now stepping up and showing out in amazing ways. We have a great team, which includes some people who have been in leadership at Union for years and years, and some who have stepped up to leadership in the last month or two, who see the ways in which technology facilitates meaning-making, purpose, and belonging. This team is working day in and day out to develop elements of the service that are very much in line with Union’s mission and identity. I have also observed that we are learning to adapt wherever we need to adapt. Our songs are not as long. Our sermons sound and look different when we are sitting in front of cameras. But interestingly enough, all the adaptations have revealed new opportunities to lean into our mission. We have far more people attending our online services now than had been gathering in person. It has been teaching us that when we go back to normal life, we are not going to be able to be church the same way as before, because we have seen how doing church online is opening up access to our mission in ways that meeting in person has not.

Amy: It sounds like your core mission at Union has remained consistent, and has largely guided your reactions to the pandemic. But even as you maintain your core mission, has your ecclesiology or understanding of ministry changed or transformed in some way?

Nikki: I think this crisis has served as a catalyst for things that we had already been envisioning. We have had an opportunity over the last several weeks to move in the direction we felt like God was inviting us into. We are under an immense amount of pressure where creativity has to happen, and where we are released for a brief time from all of the mundane, every-day, business-as-usual things that usually take up our time. As a result, we have begun to develop an interconnected web of relationships that are helping to sustain people throughout the week. We are asking questions like, what does it mean to gather in worship? How do we make sure people don’t feel isolated? How do we make sure that not only spiritual needs, but also basic needs are being met? And how do we hold one another accountable? More than ever, this has helped to reaffirm the notion that we are beholden to one another, not only as an act of faithfulness, but as an act of justice, to create actual systems of connection between people.

Amy: Has there been a moment or a distinct interaction that made you think, even in the midst of everything going on, “Yes—this is who the church is called to be in this moment, for this community”? 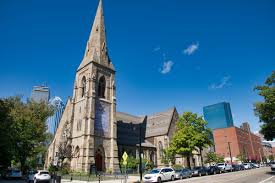 Nikki: Yes. Two things come to mind. The first is a very practical, on-the-ground, missional aspect, which is that we have people working in our food pantry, still. Some of our members feel it is so important to be in this food pantry, that they continue to show up to do this work. Our volunteers are quite literally just out grinding every week, making sure people get fed. And this was never questioned, or up for debate. The only question they asked was simply, “Now that we are here, how can we adapt this ministry that we already have so that we are reaching the most amount of people?”

I’m also reminded of Mother’s Day Sunday, which landed on the Sunday just after Ahmaud Arbery’s video came out. It was in the news, there were hashtags, and for our community in particular, it hits not just close to home, but in the body. It became deeply important to tap into our traditions, to look to womanist theology, to listen to music that came from the saints before us, to communally lament on a day when we typically celebrate mothers. All of these activities became important sources of meaning-making, lamenting, and hope-building in the midst of absolute destruction. During the Mother’s Day service, you could see people weeping in their video windows on Zoom. I think it really touched people.

It occurs to me that there is a myth circulating out in the world that church online is somehow less church—like it’s the faux church that we have to do until we can get back to doing real church. But at the end of the day, it is still real human persons connecting to one another. We have to build hope, even as we are socially isolated.

Amy: When we originally scheduled this interview, I had expected to primarily address the impact of COVID-19, but now our nation has catapulted into some important acts of consciousness-raising concerning racism, white supremacy, and police brutality. Given Union’s longstanding dedication to justice in Boston and the broader world, would you like to speak to the present moment? How are you thinking about Union’s dedication to justice, even as we continue to endure this pandemic?

Nikki: On Pentecost Sunday, the Feast of Breath, we opened with a litany of lament. The gospel we proclaim is inextricably bound to a brown, Palestinian-born man who was terrorized and killed by the State. That the world watched as he breathed his last, that some shrugged at this while others wept, and that this Divine made flesh was not so easily loved by the world—we understand this because so many live it. I think, especially as a white pastor situated in a church like Union, the work is not just in condemning police brutality and white supremacy, it is in uprooting the long-lasting Christian theological strongholds that have always been inextricably bound to oppression. Because the Church cannot breathe with the weight of white supremacy on its neck.

Amy: Amen. May you all continue to find ways to live out your mission in this present moment. Thank you for taking the time to share with us at CPT Today.